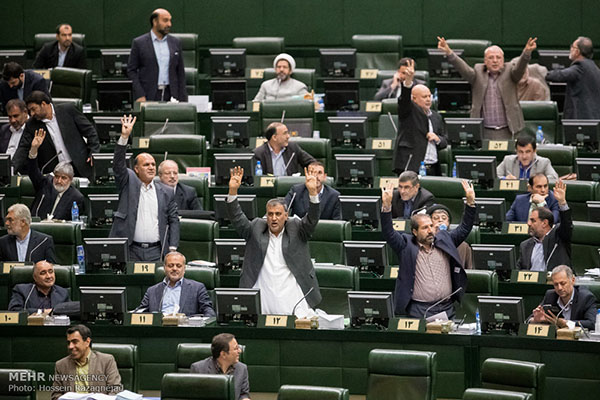 Reformists, independents, and conservatives each claim to have 168, 140, and 181 seats, respectively, in next Iranian parliament. Do they?

Reformists, conservatives, and independent candidates, all of whom took seats in the recent parliamentary elections, will start their work within a month. Each faction, however, has claimed to have a workable majority in the next parliament, but of course, mathematically speaking, this is impossible. Each faction is thus claiming the allegiance of certain MPs-elect, and trying to portray the election as their victory.

These claims and counter-claims are made possible by the large number of officially non-aligned MPs-elect, who have yet to declare which faction, if any, they will support. All of the three main groups have reported figures which include a large number of these independent candidates.

To demonstrate this unpredictability in Iranian politics, rather than trying to sort fact from fiction, we have instead chosen various reports from opposite points of view, presenting each of the claims as they have been made by politicians from different camps.

Here is IFP’s translation and coverage of a number of reports by different Iranian media:

Head of the Independents and Moderates Front, Qodrat-Ali Heshmatian, told IRNA that his front will hold 140 seats in the 10th Parliament.

“In addition to the 86 candidates who won in the elections thanks to the support of the Independents and Moderates Front, and the 14 others who made it to the parliament with the support of the Nation’s Voice [an independent party], as many as 40 moderate members-elect from the camps of conservatives and reformists have joined the Independents and Moderates Front,” Heshmatian said.

He further noted that the new members are willing to cooperate with the “Third Movement” in the Parliament.

Later on, Tasnim News Agency quoted Mohammad Reza Aref, the leader of reformist members-elect, as saying that the “Faction of Hope” [the reformist faction in the Parliament] would probably include 168 members.

“Unfortunately, certain reformist newspapers reported the number as being 124, which referred to the number of reformist candidates who won in the first round of elections, and this made our rivals happy,” Aref said, stressing, however, that up to 168 MPs are likely to join the Faction of Hope.

Meanwhile, Kayhan and Vatan-e Emrooz, major conservative newspapers, reported on Sunday that more than 180 members-elect will support the conservative faction.

“More than 150 members-elect gathered in the meeting of conservatives to show that conservatism will remain the dominant ideology in the Iranian parliament. In addition, almost 30 other MPs who could not make it to the meeting contacted senior conservative figures, and expressed their solidarity with the Conservatives,” Vatan-e Emrooz reported.

Ezzatollah Yousefian Molla addressed the meeting of conservatives, saying that 154 participants of the meeting had signed the covenants, and 27 others had personally contacted him, declaring their presence in his camp.

It is not yet clear which faction will have a majority in Iran’s Majlis. However, one thing that is very clear is that the 290-seat parliament cannot possibly include 181 conservatives, 140 independents, and 168 reformists.