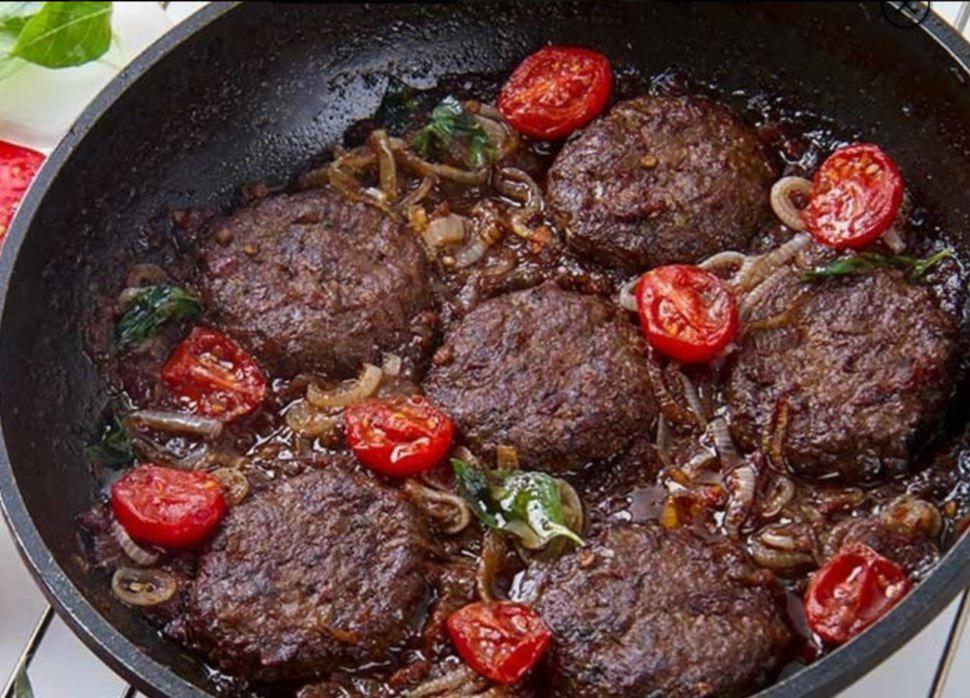 Shami Kebab is one of the original dishes of Khorramabad in Lorestan Province in western Iran. It has many fans and is a fairly sour and very delicious food.

Shami kebab is composed of a small patty of minced meat (generally beef, but occasionally lamb or mutton as well), with ground chickpeas, egg to hold it together, potatoes and spices. Shami is eaten as a snack or an appetizer.

The name Shami may refer to Bilad al-Sham (the Levant), the modern Syria, as many cooks from that region used to cook the dish in a perfect way. Iranians, however, believe that the name refers to the word shaam which means “dinner” or “evening” in Persian language.

Shamis are often garnished with lemon juice and served with sliced raw onions as a side salad.

In Khorramabad, people do not use potatoes in their Shamis, but there are some recipes in which potatoes are used. In this recipe, we will teach you how to cook Lorestan’s Shami Kebab without potatoes.

Salt, pepper, turmeric: As much as needed

Chop and sauté the onion and add some turmeric. Then add the powdered walnuts and pomegranate paste to it. At this stage it’s time to pour in ½ cup of water and vegetables. Lower the heat and let the walnut’s oil be extracted.

Then, mix the meat, the rest of powdered walnuts, vegetables, an egg and grated onion, salt, pepper, turmeric, and chickpea flour and mash the mixture for a while. Shape the mixture into round meatballs and fry them.

Finally, put the meatballs in the stew that we made before, and let it boil for half an hour on a low heat.

As the food is sour due to the use of pomegranate paste, if desired, you can add sugar as much as you like.