The defeat Democrats suffered at the hands of Republicans in US mid-term elections was on the front pages of almost every Iranian newspaper on Thursday, with some examining its likely impact on ongoing talks between Iran and P5+1 over Tehran’s nuclear program. News that the Health Ministry will pull the license of doctors who charge in excess of tariffs grabbed headlines as well.

Abrar: “More than $240 million has been allocated to a project to revive Lake Urmia,” government spokesman Mohammad Bagher Nobakht said. 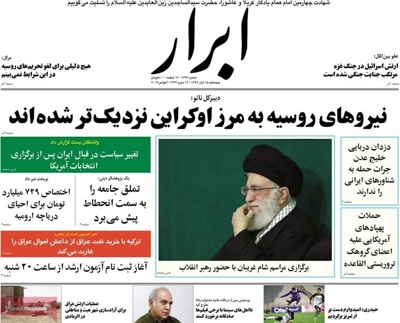 Afarinesh: Republicans have won control of the US Senate. 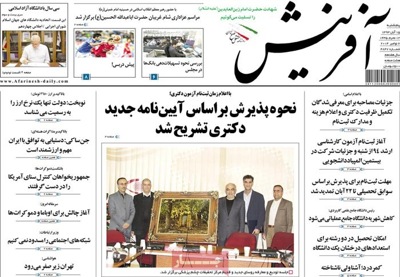 Afkar: [President Hassan] Rouhani is to pay a visit to Baku, Azerbaijan next week. Up to 20 agreements are expected to be signed during the official visit. 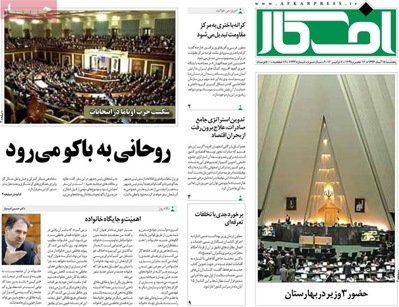 Arman-e Emrooz: “We will not limit public access to social networking sites,” said the Iranian minister of communications.

Arman-e Emrooz: A member of parliament’s Industries Committee has revealed a $400 million scandal in imports of airplane spare parts. 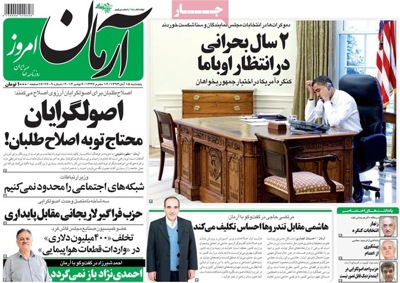 Ebtekar: More than 175 million cubic meters of water has been released to revive the Zayandehrood River in Isfahan, [central Iran]. 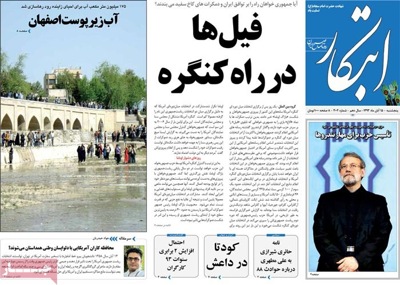 Etemad: With Republicans wresting the control of Senate from Democrats, the remaining two years of Obama’s presidency will be a nightmare.

Etemad: Lebanese Christian scholar and poet George Jordac has passed away at the age of 88. 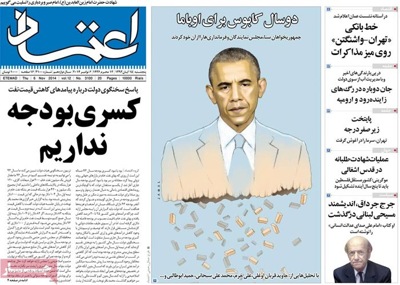 Iran: President Obama has a limited window to strike a deal with Iran now that Republicans are in full control of Capitol Hill.

Iran: The willingness of foreign investors to invest in Iran has registered an 800% increase.

Iran: Tehran will play host to representatives of as many as 560 media outlets as of Saturday as the 20th Exhibition of Press and News Agencies opens at the capital’s Grand Prayer Grounds. 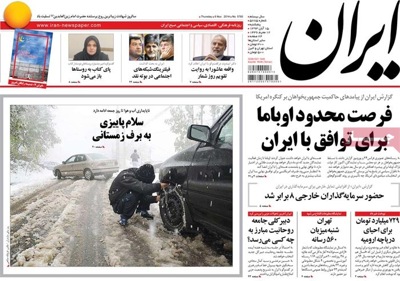 Isfahan Ziba: A member of Parliament’s National Security and Foreign Policy Committee has said that authorities are “one step away” from arresting the acid attacker. 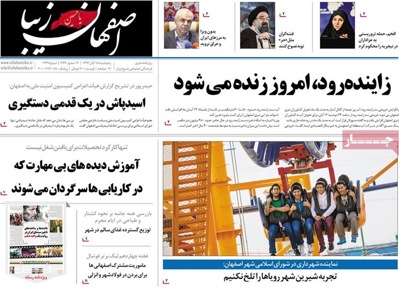 Jahan-e Sanat: “A drop in oil prices will not cause a budget deficit,” the government spokesman said.

Jomhouri Islami: Snow and rain are forecast to sweep a vast swath of the country. 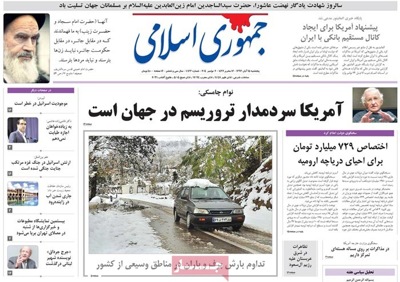 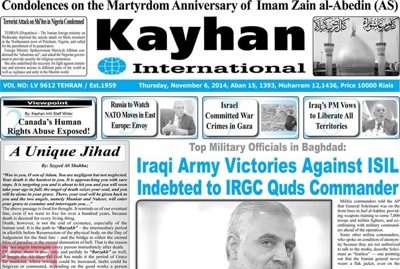 Mardomsalari: As of today doctors who charge patients more than they are authorized to will be seriously dealt with. 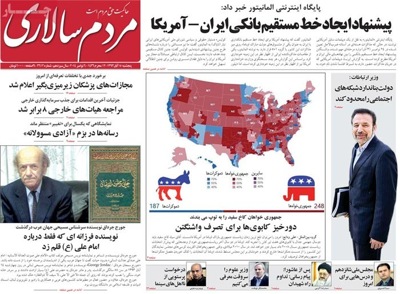 Shahrvand: As many as 4,500 rescue workers stand ready to help people in blizzard-hit areas across the country. 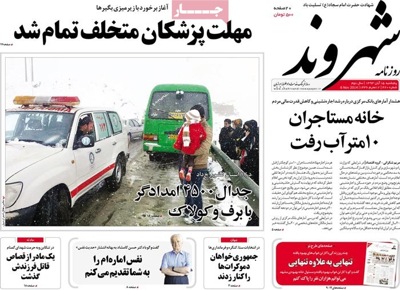