A look at Iranian newspaper front pages on Jan. 13

The call by the Iranian foreign minister on Russia to play a more active role in nuclear talks between Tehran and the world powers at a meeting with the Russian deputy foreign minister appeared on the front pages of many dailies on Tuesday. President Rouhani’s comments at a ceremony to celebrate the provision of health insurance cards to 8 million Iranians as part of the Healthcare Transformation Plan also were on the cover of many dailies. The interior minister’s pledge that his ministry will protect the rights of the public in elections made front-page headlines too. 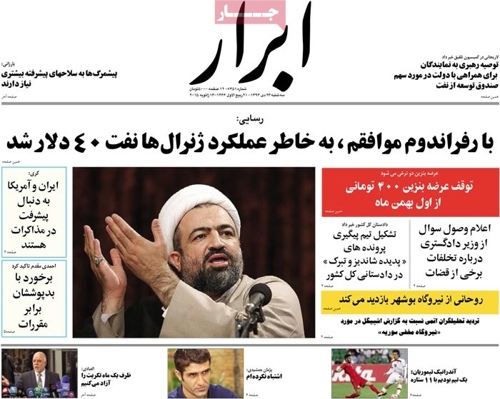 Aftab-e Yazd: Ali Akbar Nategh Nouri [a onetime principlist speaker of the Islamic Consultative Assembly] has been invited to attend a gathering of reformists. 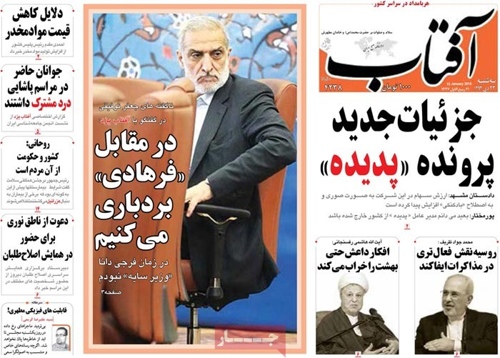 Arman-e Emrooz: Fifty MPs have filed a complaint against fellow deputy Ali Motahari for the comments he made on parliament floor on Sunday. 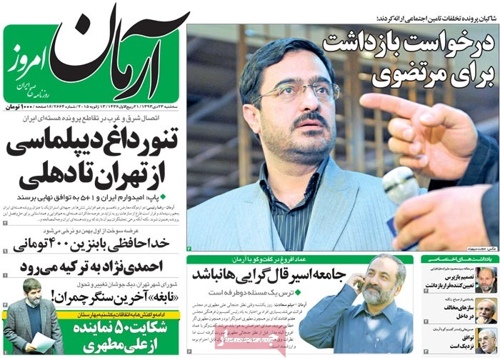 Asr-e Iranian: “Inflation has been curbed only on paper,” said Alinaghi Khamoushi, a former head of the Chamber of Commerce. 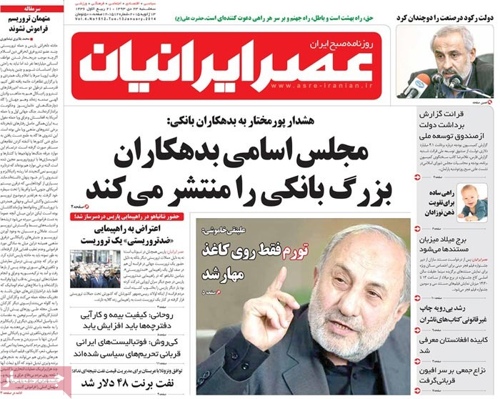 Asrar: The Portuguese coach of the Iranian national soccer squad says his team is being victimized by political sanctions. In a post-match press conference after Iran beat Bahrain 2-0 in the AFC Asian Cup, Carlos Queiroz took a swipe at FIFA for its failure to release the money it owes Iran because of banking sanctions facing the country. 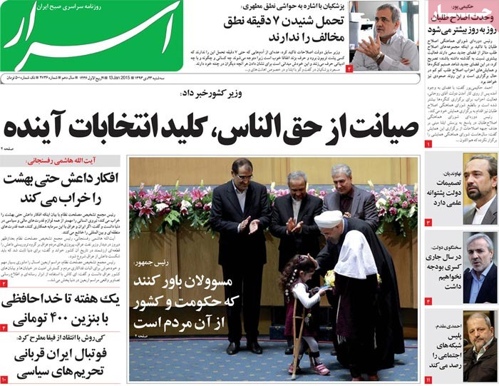 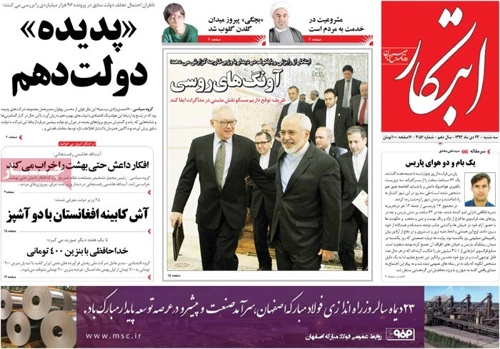 Emtiaz: Iranian police in the south have seized more than seven tons of opium hidden in a truck.

Emtiaz: “It only takes a single trip to Iran by foreign tourists to change their opinion about Iran,” said the director of the National Library of Iran. 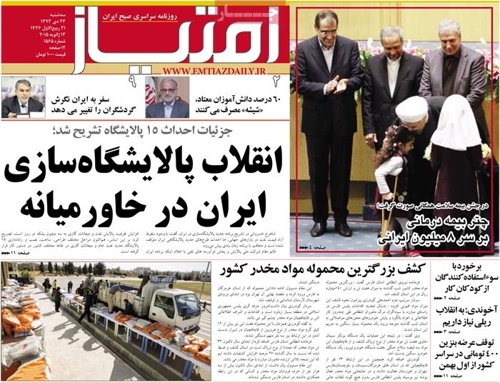 Ettela’at: “Maintaining a calm atmosphere in the country is the duty of everyone,” said the speaker of the Islamic Consultative Assembly.

Ettela’at: The Iranian judiciary says fighting organized crime on the economic front is its top priority. 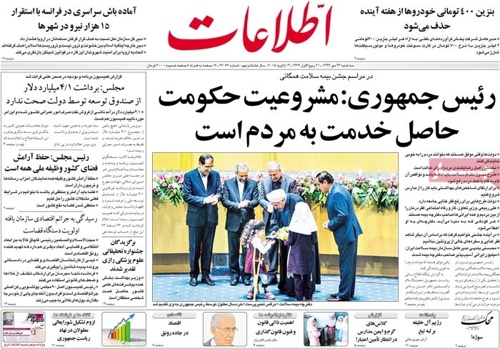 Hemayat: A 115-page report on violation of human rights in the US has been unveiled at Tehran University. 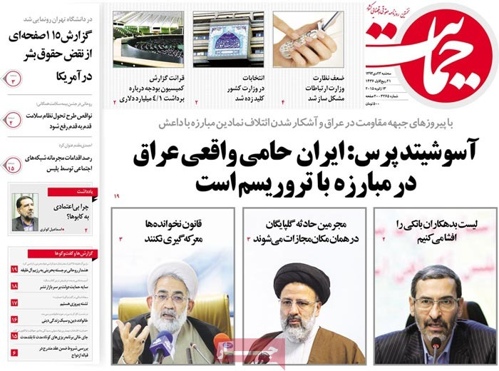 Iran: Iran has broken the world record in production of natural gas.

Iran: The Ministry of Culture and Islamic Guidance has said that the case of Vatan-e Emrooz daily [its publication of material harmful to Iran’s ties with neighboring countries] will be heard in a court. 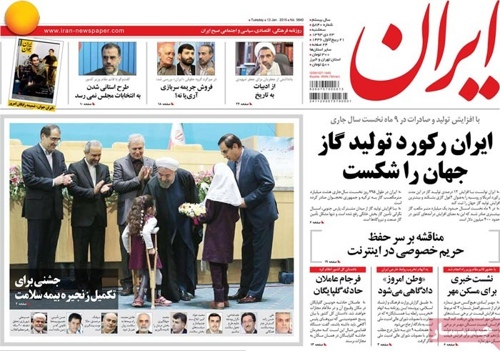 Jomhouri Islami: The Planning and Budget Committee has announced that government has not withdrawn any money from the National Development Fund.

Jomhouri Islami: “The Interior Ministry simply protects the rights of the people in elections,” said the interior minister. 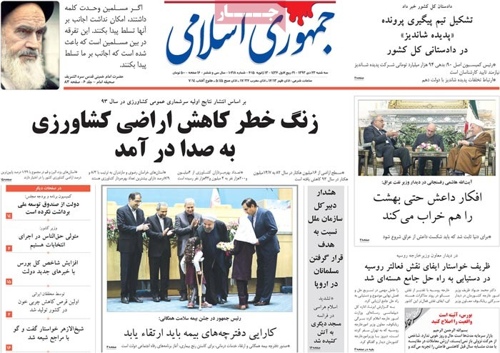 Kaenat: “The list of state managers who are accused of corruption will be made public,” said the chairman of parliament’s Article 90 Committee. 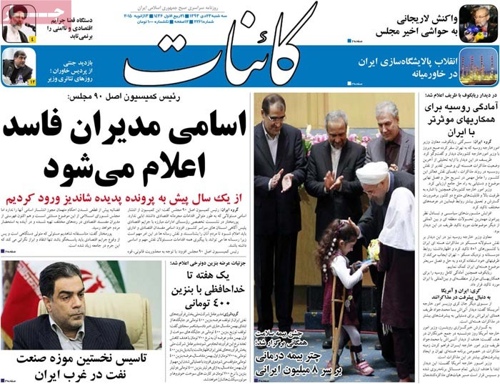 Kayhan: “Those who spilled blood and terrorized the people in Golpayegan [a reference to an armed robbery and its ensuing bloody high-speed chase] will be punished at the very same site they committed the criminal acts,” said the attorney general. 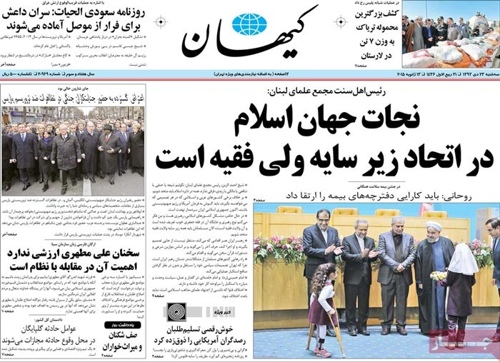 Mardomsalari: There are three women in the newly-released Afghan Cabinet lineup. 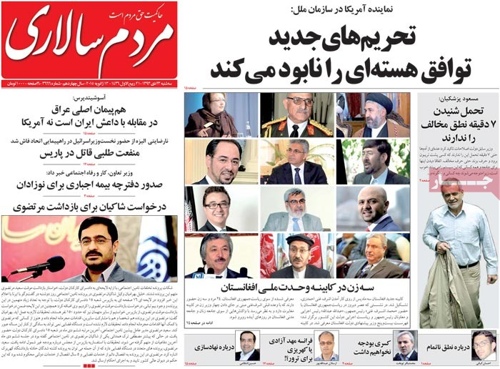 Qods: A man has reunited with his brothers after separation for 70 years. 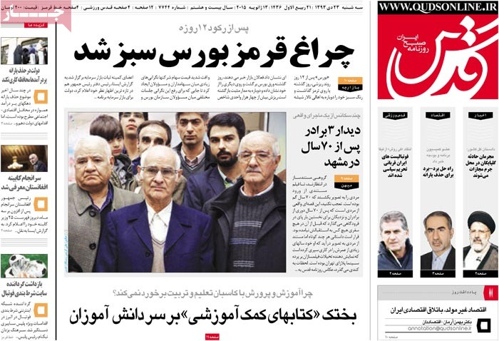 Resalat: “The population of Tehran will hit the 22 million mark by 2021,” said the mayor of the capital. 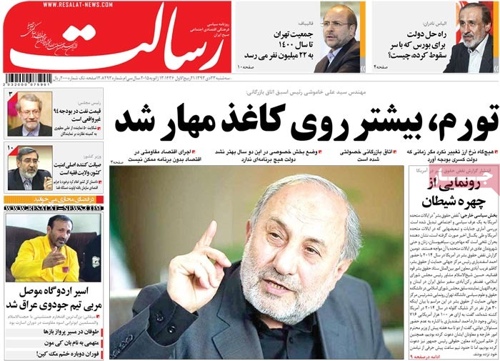 Shahrvand: “In the first 10 months of the year [started March 21, 2014] land grab grew 40 percent and embezzlement registered a 22 percent increase,” said the head of the police’s Criminal Investigation Department. 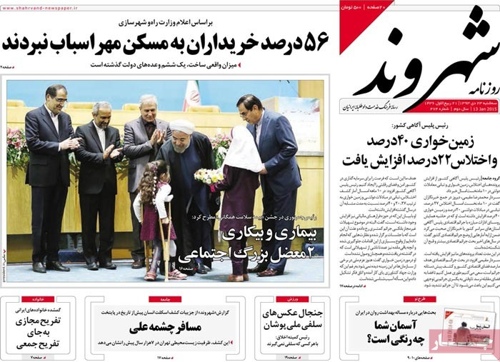