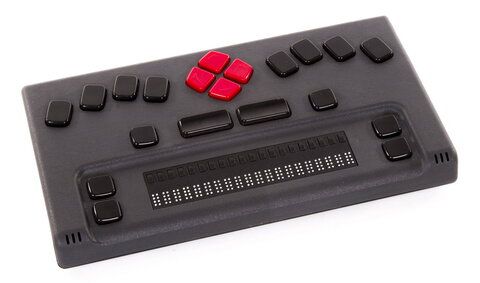 Researchers at an Iranian knowledge-based company have used native knowledge to facilitate the lives of blind people by developing a special tablet for them.

The CEO of the company says “Barjasteh Negar” (literally raised-graph) is a smart tablet for the blind that comes with a braille keyboard and the output will be Persian audio and braille script.

He pointed out that the mobile smart tablet has a Linux operating system and allows blind people to read texts in audio and braille without the need for a computer connection.

“The blind can type in both Farsi and English, listen to music and audio files, and connect to their mobile phone. This device can be used by students, pupils and employees.”

He went on to say that the device is manufactured in 7 countries. In Asia, South Korea and Iran are the only countries that have acquired the know-how.

The device made by South Korea is not capable of typing Farsi language, so it is unique in terms of covering the Persian language. 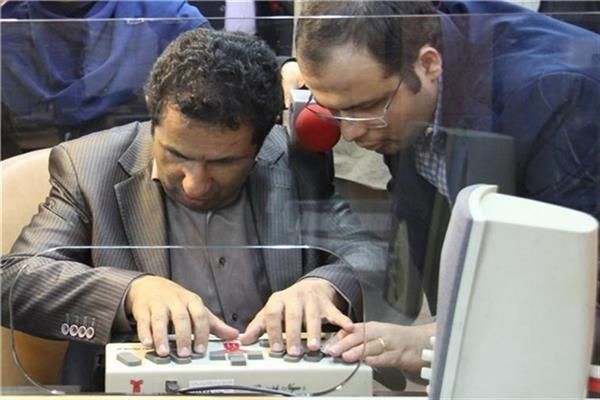 The device also allows the blind to receive banking services such as opening a bank account, cash depositing and withdrawal.

According to the CEO of this knowledge-based company, the system provides audio and braille for all visually impaired people in the bank’s branches.

“Using this equipment, the blind person completes the information requested on the form. This information is then sent to the bank’s printer.”

He said banking services for the visually impaired were made available for the first time by the company and at present, 163 branches of 22 banks are equipped with the system.

According to the tech activist, with the production of this equipment, jobs have been created for 13 people, including two visually-impaired ones.