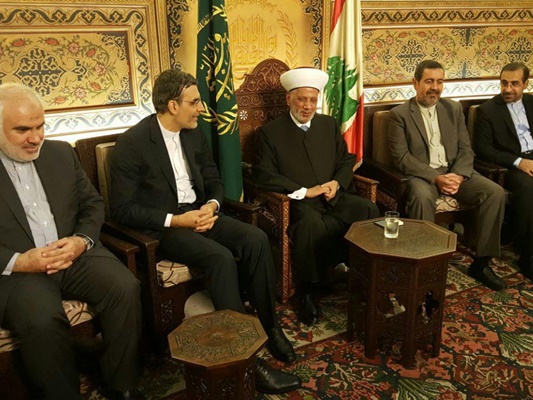 Grand Mufti of Lebanon Sheikh Abdul Latif Derian has harshly criticized Islamic countries for their silence over the Israeli regime’s inhumane attacks on the innocent people of Palestine.

In a Wednesday meeting with an Iranian diplomat in Beirut, Sheikh Derian referred to the Israeli regime as one of the major dangers threatening the Muslim world, and said, “Unity and solidarity among followers of Islamic sects and regional countries is the [only] way to counter these threats.”

“Our brothers and sisters in Palestine and al-Quds are under the Zionist regime’s inhumane attacks while, unfortunately, we in Islamic countries are busy with our disagreements,” the top Sunni cleric went on to say.

“The terrorist and Takfiri groups seek to remove and exclude others, and intend to spoil the bright face of Islam and Prophet Muhammad (PBUH) through their dark thoughts and actions,” he warned.

“The first danger is the old threat of the Zionist regime and its state-sponsored terrorism, and the second one is terrorist and Takfiri [extremist] groups,” the Iranian diplomat noted, highlighting the great responsibility of top clerics in countering both threats.