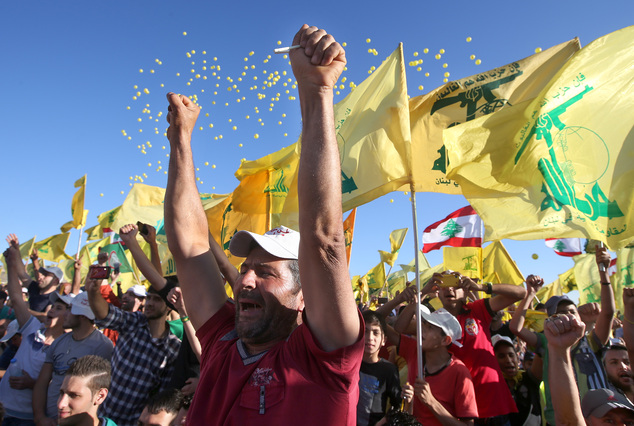 A three-pronged front comprising the army, the people and Hezbollah is the main protector of Lebanon against aggression.

The Persian-language Tasnim News Agency has, in a report, elaborated on the secret behind Lebanon’s success in countering the Zionist aggression. The full text of the report follows.

The Lebanese resistance movement Hezbollah, the Lebanese army, and people constitute a golden triangle which has protected Lebanon against relentless aggression. The three safeguard the country against acts of aggression by Zionists and Takfiri groups. Experience has proved that the defense strategy has been fruitful.

Walid Sukkarieh, an expert on Lebanon’s military affairs, has also supported the formation of the three-pronged front.

“Can we establish an army which could be superior to the Israeli army militarily? [Can we establish] an army with whose help we will be able to attack Israeli forces, secure military domination over them and free our homeland? Lebanon does not have what it takes to do this. It is only the help of the [Lebanese] resistance [movement Hezbollah] that protects our land against any aggression or occupation. And this resistance is the result of a resistant society,” he said.

“This is a military strategy for all weak countries in confronting powers which are militarily superior,” the expert added.

Hezbollah stood up to aggressors in 2006 when the Zionist regime of Israel launched aggression against Lebanon. The army defended the nation on the domestic front. The people, for their part, put up a stiff resistance. Therefore, they emerged victorious, exactly like in 2017 when a similar triumph was secured against terrorist groups.

“Both in the recent war and in the July conflict back in 2006, it was Hezbollah that stood up to the Israeli enemy in the first place. Of course, the army and people were also on the scene. In the recent conflict on Arsal heights, Hezbollah launched a combat operation, and the army served as a bulwark against terrorism. The army did not allow terrorism to spill over from borders to villages and other areas in Lebanon. Here, the army’s artillery backup was very important. Even now if it is necessary to put up resistance against ISIS once again, the army stands ready to do so,” the expert added.

The Golden Triangle has proved itself in practice. In the eyes of the Lebanese people, this three-pronged front proves its efficiency more and more every day, showing that it is the best option to support Lebanon against foreign threats posed by both Zionists and Takfiris.

Lebanese citizens have, in their interviews with Tasnim, stressed the efficiency and effectiveness of the triangle comprising the army, the people and Hezbollah, and confirm its key role in defending Lebanon against the Israeli regime’s aggression.

A Lebanese citizen said she does believe in the three-pronged front made up of the army, the people and Hezbollah, and that every patriotic person should believe in them.

“We are with the army, and we’re specifically with the Lebanese resistance [movement Hezbollah,] which managed to set us and Lebanon free,” says another citizen.

A Beirut resident says the Lebanese take pride in the army, the people and Hezbollah.

Another Lebanese lady says, “Our blood is for resistance.”

She says the Lebanese have given their lives for their country, saying, “We believe all others took action for our sake, and we will act for them, too.”

Despite different points of view, the army-people-Hezbollah triangle is an undeniable, deep-rooted fact and a national necessity for Lebanon to help protect the country’s frontiers and territorial integrity.