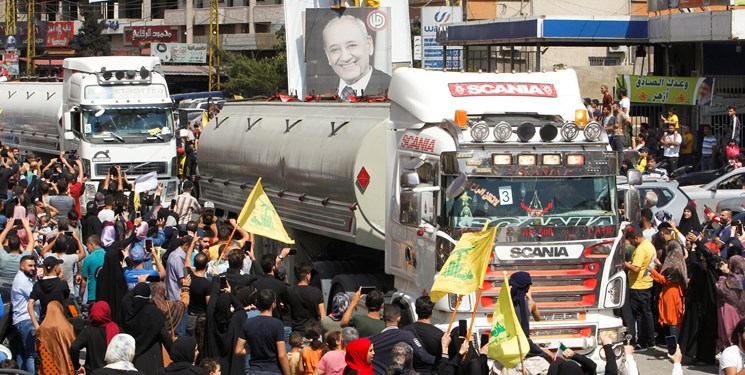 The Lebanese minister of transportation has said the resistance movement Hezbollah’s fuel import from Iran broke the US siege of Lebanon.

Michel Najjar said Lebanon has now passed through the US siege, adding that mazut import from Iran is a sovereign decision and builds on the rule of supporting citizens and protecting Lebanon.

Meanwhile, a spokesman for Iraq’s al-Nujaba resistance group has hailed Iran’s move to send fuel to Lebanon, saying the Islamic Republic once again proved to be a sincere and powerful ally.

Iran’s first fuel shipment arrived in Lebanon through Syria on Thursday. The vessel carrying the fuel earlier docked at the Syrian port of Banyas and then a convoy of trucks took it into Lebanon from Syria.

The value of the Lebanese pound against the US dollar has plummeted by more than 90% since 2019. This has shot up the price of imports, including fuel. Many in Lebanon blame their country’s economic hardships on the US sanctions that are meant to weaken Hezbollah but are in fact Lebanon in its entirety.