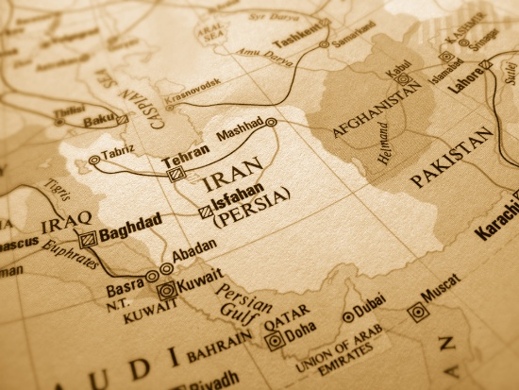 If we had acted before the economy plunged into this crisis, sanctions would definitely have failed to bite.

The following is a brief translation of PART TWO of his remarks in the interview preceded by an introduction by Saeed Jafari Pouya, the interviewer:

Saeed Laylaz is among a handful of economists who know history and can analyze international politics. Economists are usually versed in their own territory and perhaps have no interest in taking a broader look at political and international developments.

Laylaz, however, is blessed with these characteristics, something which renders him an outstanding analyst in international economics and politics. More than sanctions, he says, the sometimes deliberate mismanagements of the previous government have created such a [problematic economic] situation in the country.

A look at the experience of the past 70 years reveals that whenever oil is given a major role to play in Iran’s economy, inflation, corruption and political infighting become inevitable and the money it brings in goes to waste.

I have no reason to believe that this time would be an exception. This is a last chance to grab….

The United States has $110 billion in reserve for Iran. The reserve in question is our worst enemy. It would be the worst present one can get. Had it not been for the sanctions, that $110 billion would have been used up already. This is one final opportunity for our economy to seize.

Immediately after that money returns to the country, challenges such as social crises, corruption and special interest projects will emerge.

The social crisis would be driven by the lower strata who would expect [the arrival back home of the money] to bring them welfare and push prices down. Failure to meet such expectations might turn into a serious challenge.

Corrupt elements whose tentacles are felt in the country’s economic and financial sectors would go into overdrive immediately after the money is unfrozen. This corrupt structure remains intact and problems in this area have yet to be taken on.

The third challenge has to do with a potential rise in security spending. Expansion of security threats in neighboring countries thanks to the presence of IS and other Takfiri groups would haunt the government.

I believe when President Rouhani came to office in 2013, Iran’s economy had already been pushed over the edge. When it came to foodstuff, inflation stood at more than 60 percent in August 2013. Certain social strata were experiencing triple-digit inflation.

As a result of that famous telephone conversation between Presidents Rouhani and Obama, the psychological pressure of expectations regarding inflation was eased. That trend has worked for 22 months. The reason: that conversation eased the pressures.

President Rouhani has taken a number of important steps for Iran’s economy. His biggest service to our economy is qualitative and non-statistical. His presidency, which came after four years of around-the-clock fluctuations, has lent three main features to the country’s economy.

Stability, predictability and calm are the three qualities in question. Our society is not pessimistic about the future. There are bright signs in our economy. They are the results of President Rouhani’s emphasis on interaction with the world and the effect of his foreign policy on our economy.

Termination of sanctions is inevitable

I believe coming to terms with world powers is inevitable. Sometimes you say you can live with adverse conditions and sometimes you say you want to make progress and leap forward. So an agreement can be likened to walking down a steep slope which eventually turns up and leads to a peak which is inevitable. If we seek to solve our problems, we can’t help but start from international conflicts.

A decision on going nuclear, Japan or Pakistan-style?

In 2005, if we had followed in the footsteps of the Khatami administration, we would have been more successful on the nuclear front by now. Given the approach of the reformist government [of President Khatami], there would have been no consensus against us on the international stage. Khatami would smile and convince the world.

The path Khatami chose to develop peaceful nuclear capabilities was the same Japan had chosen. But Ahmadinejad showed that he preferred to go down the Pakistan path.

When you are poor but have the nuclear bomb, your nuclear arsenal is largely for domestic consumption: to have a powerful tool in dealing with your local opponents and denying the international community the opportunity to stop you.

Today, no one dares object to Pakistan, although everyone knows that it plays an important role in promoting terrorism internationally. At the same time it is a poor country.

Exports of crude gas neither possible nor economical

In the 1960s, we concluded that our country was in a geopolitical deadlock when it came to exports of natural gas. That deadlock, both technical and geopolitical, meant we could not export natural gas to any country. Russia stood in the way of exports to the West, while ethnic conflicts prevented exports to the East. As for Japan, technical issues were to blame.

In the 1960s, the Shah decided at the Economy Council that natural gas needed to be [indirectly] converted to products such as steel, aluminum, etc. before being exported. He brought the direct revival technology to Mobarakeh Steel Company. Iran was expected to become a regional hub for steel and aluminum production. He said he wanted to build so many natural gas-powered plants in the South that thanks to the plentiful electricity generated in those plants Iranian shorelines could be seen from across the Persian Gulf.

I believe the president should take account of this geopolitical deadlock. Basically, the 24 phases of South Pars Gas Field are a manifestation of such strategy. We need to openly announce that we don’t sell crude natural gas.

Sanctions on petrochemicals kicked in much later. The reason why rial’s value to the dollar does not rise is that Iran is exporting more petrochemicals by the day. The hard currency that exports of petrochemicals earn is controlling the market. So, we need to pay close attention to this issue.

Prospects of Iran’s economy are promising

If we had acted before the economy plunged into this crisis, if we had stopped mismanagement, and if we had stopped appointing profiteering and non-expert individuals to high positions, sanctions would definitely have failed to create trouble for our country.

What has sunk us in this crisis is the sometime witting mismanagement that prevailed in the country between 2005 and 2013. In order to create promising prospects for the country, the Rouhani administration has no choice but break the shackles of sanctions and inject effective management into economy. I believe that is quite likely.