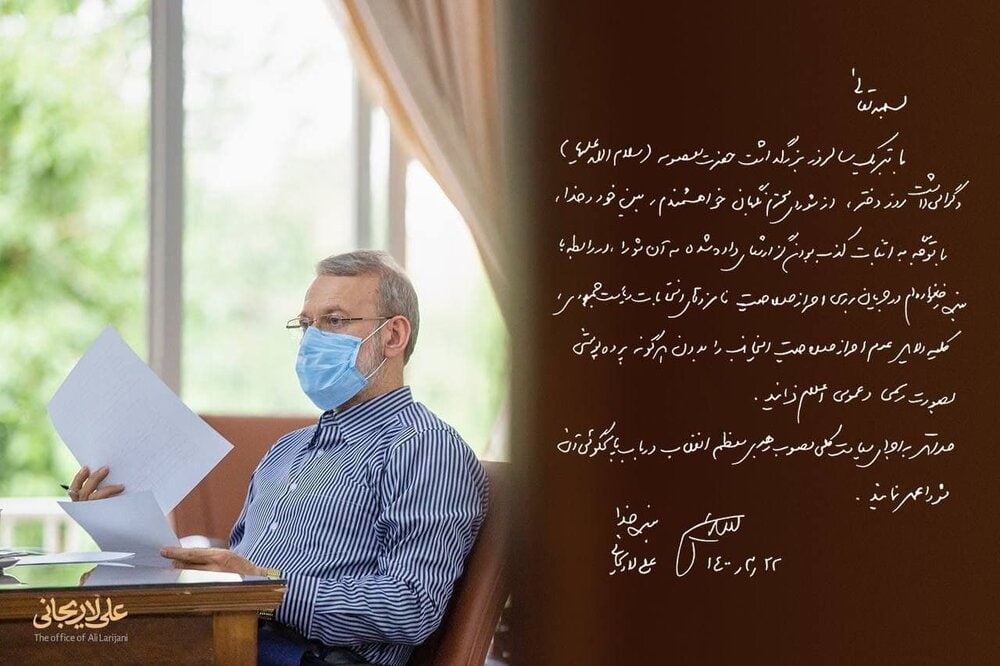 Ali Larijani, the former parliament speaker of Iran who has been disqualified from running for president in the country’s upcoming elections, has called on the Guardian Council to explain why they have barred him from the race.

In a statement on Saturday, Larijani said the Guardian Council is expected to publicly declare all its reasons for disqualifying him now that it is proved the accusations against him and his family have been false.

“At least adhere to the general policy approved by the Supreme Leader regarding the Guardian Council’s accountability,” he added.

The Guardian Council’s decision to not qualify Larijani, a prominent moderate politician and a close advisor to Ayatollah Seyyed Ali Khamenei, has been widely criticised, even by the conservatives.

The Leader, in a recent speech, suggested the accusations levelled against Larijani were false, and the relevant bodies are expected to “compensate”.

However, in reaction to the Leader’s remarks, the Guardian Council just announced it had not disqualified any of the candidates, including Larijani, based on those reports.