Larijani: Prince Bandar told me “we made mistake in Afghanistan and Iraq” 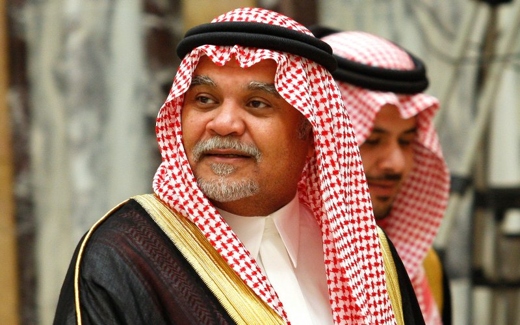 According to Nasim online that IFP has translated this article from, Mr. Larijani who has been to Iraq to attend Inter-Parliamentary meeting of member states of Islamic Cooperation Organization, said I asked Saudi Prince Bandar why they have supported terrorists in Afghanistan and Iraq and he acknowledged that they have made mistakes in doing so. 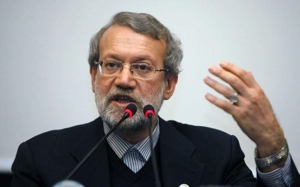 Iranian Parliament Speaker said Muslims and Shiites in Particular have not behaved harshly and most of the extremist acts have been carried out by Wahhabis and Saudis.

He added that Shiites have always acted reasonably but orientalists may did not want to explain the real essence of Islamic teachings to general public adding that Shiites and Sunnis behaviors have reflected the realities. Neither Shiite nor Sunni clerics have never preached or approved terrorism and extremism.

Mr. Larijani said after rise of Islamic extremist groups, the orientalists tried to depict the Islamic teachings as violent and extreme.

According to Mr. Larijani some Islamic countries and organizations have helped creation of extremist Islamic groups while foreign intelligent services and their financial and other form of backings clearly show such efforts. They created extremist groups to influence development in Syria and today terrorist groups in Syria are armed with TOW missiles. Such missiles have serial numbers and name of manufacturing countries is indicated on the weapon. Some regional states think that by supplying arms to terrorist groups in Syria can influence the events taking place in Syria.

Iranian Parliament Speaker while reiterating Iran’s support for groups like Al-Hashad al- Sha’bi and Hezbollah said we back Hezbollah and don’t hide our backing but some regional countries back terrorist groups and deny such support.

Hezbollah was created to fight Zionist oppression and cruelty and an anti terrorist group in Iraq was formed named Al-Hashad al- Sha’bi when the terrorists invaded this country by order of religious authority and Iraqi youth was asked by country’s Jurisprudent to resist against terrorist groups and that’s why we support both resistance groups in Iraq and Syria.

Mr. Larijani described backing of terrorist groups by Islamic Republic as absurd and said terrorists themselves confess to Iran’s enmity towards them but some countries accuse Iran of backing the terrorist groups.

Parliament Speaker while accusing Saudi rulers of committing strategic mistakes said Saudis are Muslim and our brothers and we have no serious problems with them but they have wrong understandings about the challenges faced by the Islamic World.

Price Bandar himself told me that they made mistakes in respect to Afghanistan and Syria, therefore accusing Iran of supporting terrorist groups is a kind of contradiction, said Mr. Larijani …..

He strongly condemned Saudi attacks against Yemen and said OK they can support terrorists but why they have attacked Yemen and devastated the country’s entire infrastructure? Why they have killed tens of thousands of Yemeni people under the pretext that Yemen has become Iran’s backyard? Isn’t an Arab country allowed to decide its own destiny? Some behavior of some regional countries are unwise and un-Islamic.

Top Iranian lawmaker said Iran has entered the era of peaceful nuclear energy and described signing of nuclear agreement with 5+1 world powers as a good omen adding that Iran has never contemplated and pursued atomic weapons and does not consider it as beneficial for the region. Mr. Larijani said nuclear weapon has no place in Iran’s doctrine and logic.