Head of Iran’s Department of Environment hailed the recent measures taken by the Urmia Lake Restoration Program to revive the dried-out lake in northwestern Iran.

In an interview with ISNA, as translated by IFP, Masoumeh Ebtekar appreciated the efforts already made as per the Urmia Lake Restoration Program adopted by the current government.

“The committee made laudable endeavours in building concerted collaboration among different organizations and dealing with the financial issues.”

Ebtekar highlighted the stabilized restoration of Lake Urmia, and noted that the high evaporation and low precipitation during hot seasons are the two environmental factors that contribute to a fall in the lake’s water level.

“We were worried about, yet prepared for, a decrease in water level during the Khordad and Tir months of solar calendar [June and July]; however, it fortunately did not happen,” she added.

Urmia Lake Restoration Program is predicted to pay off over a span of 10 to 15 years, Ebtekar said, adding, “During the first three years, the program was aimed at stabilizing Urmia Lake level, which was successfully achieved thanks to the high rainfall and productive programs and measures.”

She referred to the two chief responsibilities of the Department of Environment, and noted, “First, we should make amendments for more efficient irrigation systems and cultivation; and second, we should support local and rural women entities that educate rural women about environment, efficient irrigation and cultivation and alternative livelihoods.”

Ebtekar added that such measures can help increase the water reserves to be transferred to Lake Urmia. 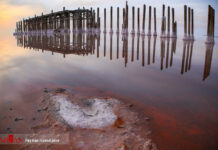 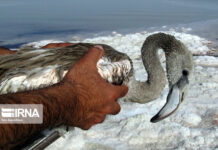 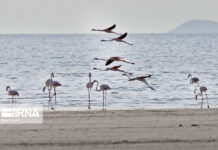 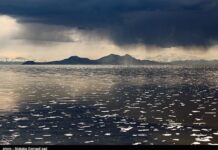 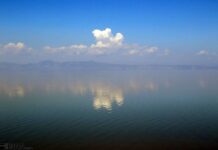 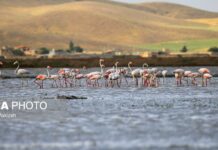