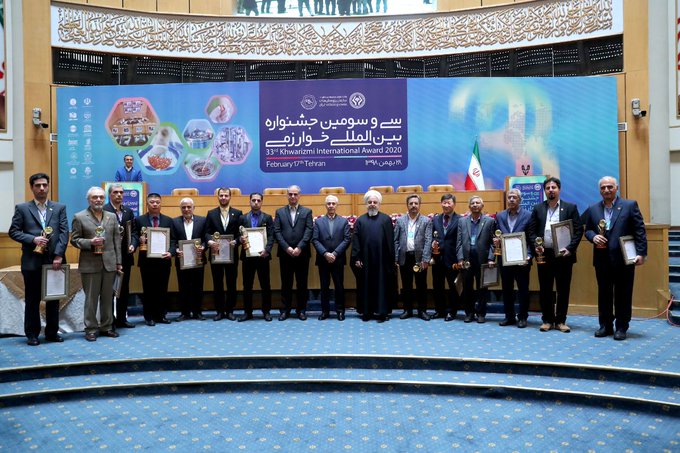 President of Iran Hassan Rouhani has presented the developers of 15 top projects with awards at the 33rd edition of Khwarizmi International Festival.

The annual awards ceremony at the conclusion of the Khwarizmi International Festival was held in Tehran on Monday.

In the ceremony, 15 researchers received top awards for the best scientific ideas and projects.

A number of the award winners included projects on the promotion of solar thermal energy technologies in Iran, the synthesis of precursor chemicals of peptide nuclear medicine, the research and development of pharmaceutical materials of functional and hygienic food from marine life, the research, designing and implementation of renewable technologies in micro-networks, a malware analysis platform dubbed ‘BitBan’, and designing and production of flow forming instrument.