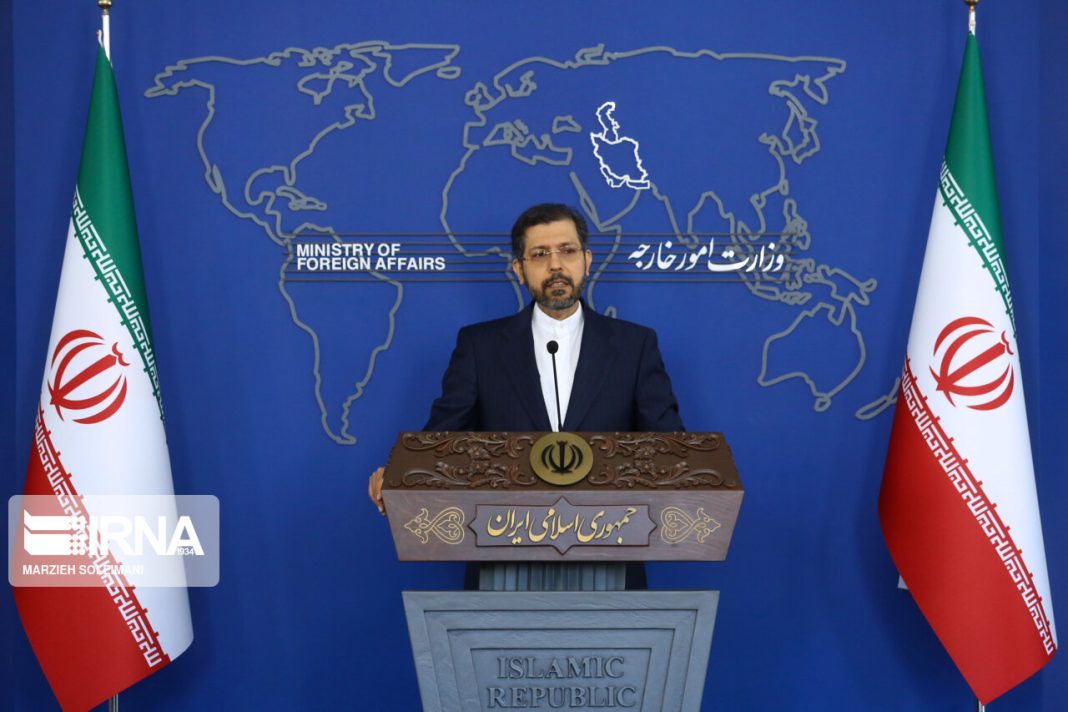 Iranian Foreign Ministry Spokesman Saeed Khatibzadeh says Iran and the P4+1 group of countries have completed more than 98 percent of their draft agreement to revive the 2015 nuclear deal, JCPOA but a few issues remain.

Khatibzadeh said the remaining issues are however highly important for the interests of the Islamic Republic of Iran.

He added that issues like sanctions removal and guarantees as well as some political claims must be fixed in a proper manner.

He added a good deal is achievable in a very short time if there’s a will to resolve the remaining issues. He said Iran’s not in Vienna for a new deal but it wants to make sure the US will return to JCPOA after sanctions removal.

ُSpakeing at his weekly presser in Tehran on Monday, Khatibzadeh added that chief Iranian negotiator Ali Bagheri came to Iran for consultations over the draft agreement because everything must be examined carefully before signing the deal.

The Foreign Ministry spokesman noted that Bagheri is now back in Vienna and Iran is waiting for the other side to make a final decision.

The Foreign Ministry spokesman also said Iran committed itself to keep uranium enrichment at a certain level and that what Iran is negotiating is sanctions removal and the return of the US to the JCPOA.

He also spoke of the situation in Ukraine and talks reportedly held between the country and Russia. Khatibzadeh said Iran will try to encourage both sides to find a negotiated solution to their disputes. He described Iran’s relations with Russia as multi-layered and said this originates from the fact that Tehran and Moscow are determined to raise their ties to an excellent level.