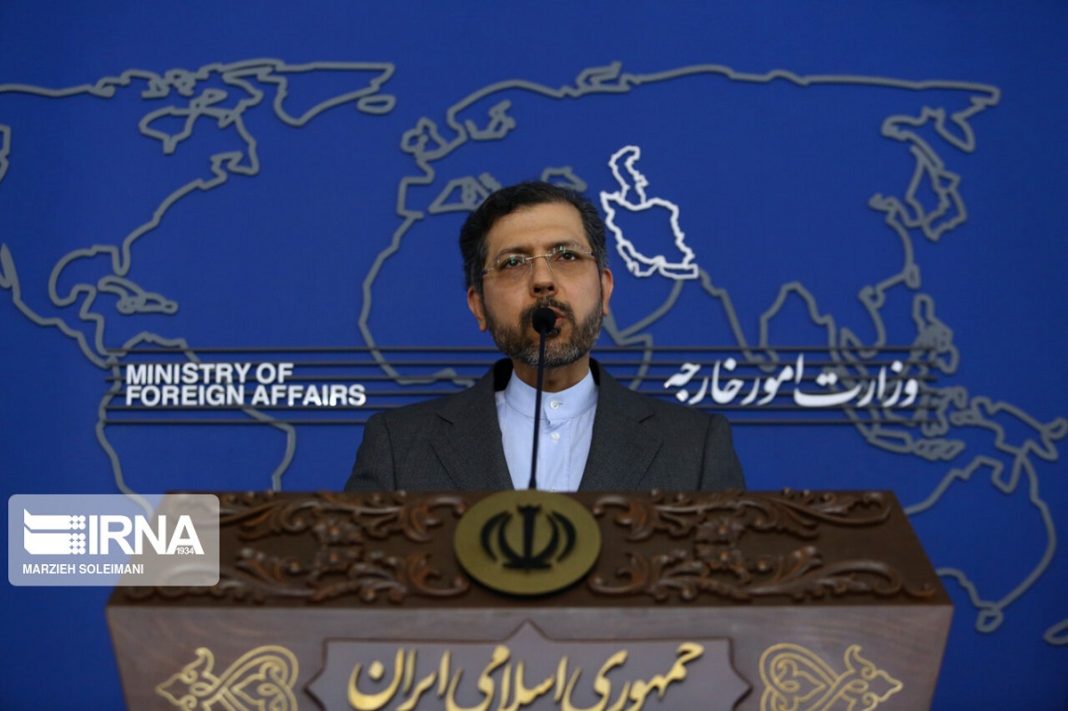 Iranian Foreign Ministry Spokesman Saeed Khatibzadeh has said the Islamic Republic will not cross its red lines in the Vienna talks.

Speaking to journalists in his first news conference in the Persian New Year, Khatibzadeh noted that a deal is at hand in the negotiations.

He added that the US must take a political decision if it wants to have a deal in Vienna.

The Foreign Ministry spokesman added that the US is trying to prevent Iran from benefiting from the JCPOA economically. He also said the Biden administration is seeking to follow in the footsteps of its predecessor Donald Trump.

Khatibzadeh then spoke of the US’s new sanctions on Iran. He said the US has a long history of taking such contradictory measures, adding that nobody should forget that what we have is a government in the US that reneges on its commitments.

Khatibzadeh said Washington is taking the remaining issues in Vienna hostage to its domestic issues. He however warned that Iran cannot be patient forever.

Referring to the recent visit by the EU’s Deputy Foreign Policy Chief Enrique Mora to Tehran, Khatibzadem said during the trip Iran made an effort to try a new path to resolve the remaining issues and that Tehran is awaiting a response from the other side.

Khatibzadeh noted that Iran has put forth many initiatives in the Vienna talks.

Elsewhere, Khatibzadeh touched on the talks with Saudi Arabia. He said Iran is ready to set a date for negotiations and wants the talks to continue. He added that the discussions with Riyadh need a clear agenda.

The Iranian Foreign Ministry spokesman said Tehran conveyed its views to the Saudis in writing, stressing, “We need to normalize our ties because the whole region and the two nations will benefit from normalization of relations.”

In other comments, Khatibzadeh spoke of the ban on girls’ education in Afghanistan. He said just as the Iranian foreign minister said in China, banning girls from going to school is not acceptable. Khatibzadeh urged Afghanistan’s rulers to act responsibly.