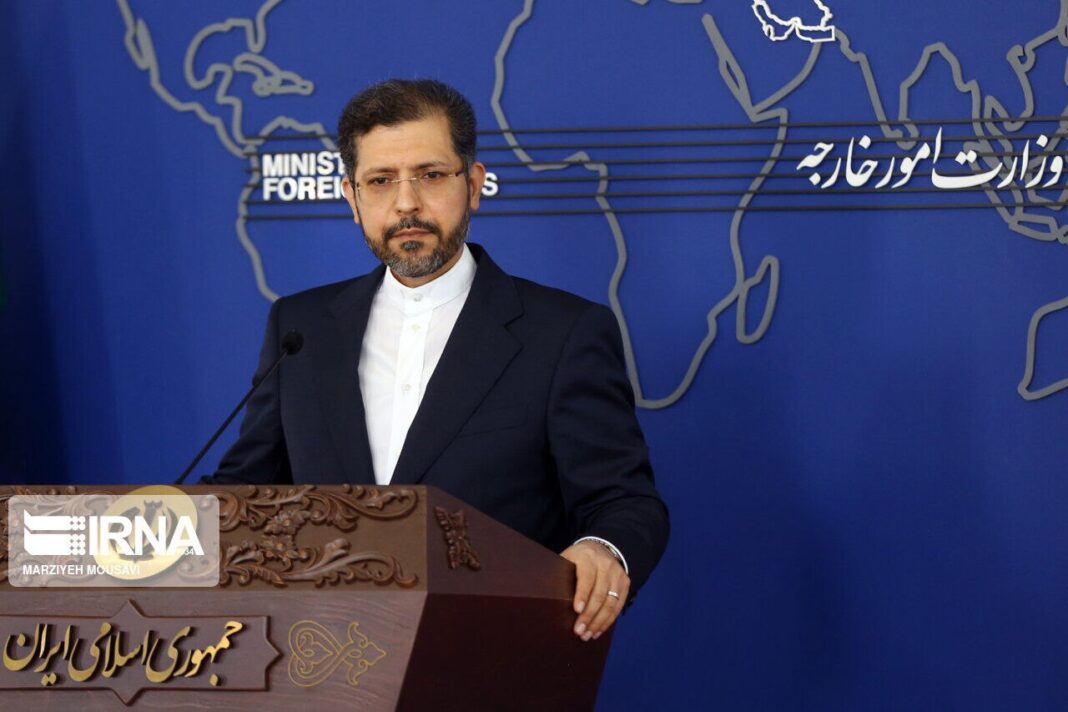 While stating that Iran has good relations with Baku and Yerevan, the Iranian Foreign Ministry spokesman said, "The visit of the Armenian foreign minister to Tehran was pre-arranged and it’s been made in order to expand political, economic and cultural relations between the two countries".

Saeed Khatibzadeh added that Iran’s relations with other countries are not against any other nation as the Islamic Republic’s foreign policy builds on an inclusive view.

The senior diplomat also spoke about the terrorist attack in Kabul. He said, “Terrorism is deplorable in any form. Iran has taken a firm stand on terrorist operations and has condemned them without exception. Afghanistan is tired of terrorism, violence and extremism, and we must all help a secure and stable Afghanistan.”

He also referred to the presence of foreign terrorists on Azerbaijani Republic’s soil near Iran’s border. Khatibzadeh said Iran has received tips about the issue and that it notified the Republic of Azerbaijan. He noted that Iran’s friends have told Tehran that other nations in the region face no threat.

Khatibzadeh added that Iran is still critical of Azerbaijani authorities over their mistreatment of Iranian truck drivers. He also said Baku should not allow the Zionist regime take action or make statements against Iran from inside Azeri soil.

On the Vienna talks, he said the current US administration is sticking by its predecessor’s failed policy of sanctions and this will block efforts to revive the Iran nuclear deal. Khatibzadeh said the US can show good will by unlocking frozen Iranian assets. He added that the nuclear deal has no alternative.

Elsewhere, he talked about the activity of anti-Iran terror groups in Iraq’s Kurdistan region.

Khatibzadeh, said the presence of terror groups in the area is against good neighborly ties with Iraq and international law. The spokesman noted that officials in the Kurdistan region have been notified of Iran’s warning and that those bases have to be dismantled.

Khatibazdeh in other comments turned to Iran talks with Saudi Arabia. He said negotiations are at their best and several rounds of talks have taken place in Baghdad. According to the Iranian Foreign Ministry spokesman, the two sides are trying to start a lasting relationship within the framework of mutual consent. Khatibzadeh did not confirm reports that a delegation from Saudi Arabia visited Tehran to reopen the Saudi embassy.

The senior diplomat also spoke about the Iranian foreign minister’s visit to Beirut. He said Hossein Amirabdollahian’s visit to Lebanon will take place at the end of the week, adding that the formation of the government in Lebanon has been Iran’s long-standing wish.