Kharrazi: Solutions on sanctions and guarantees, must before JCPOA deal 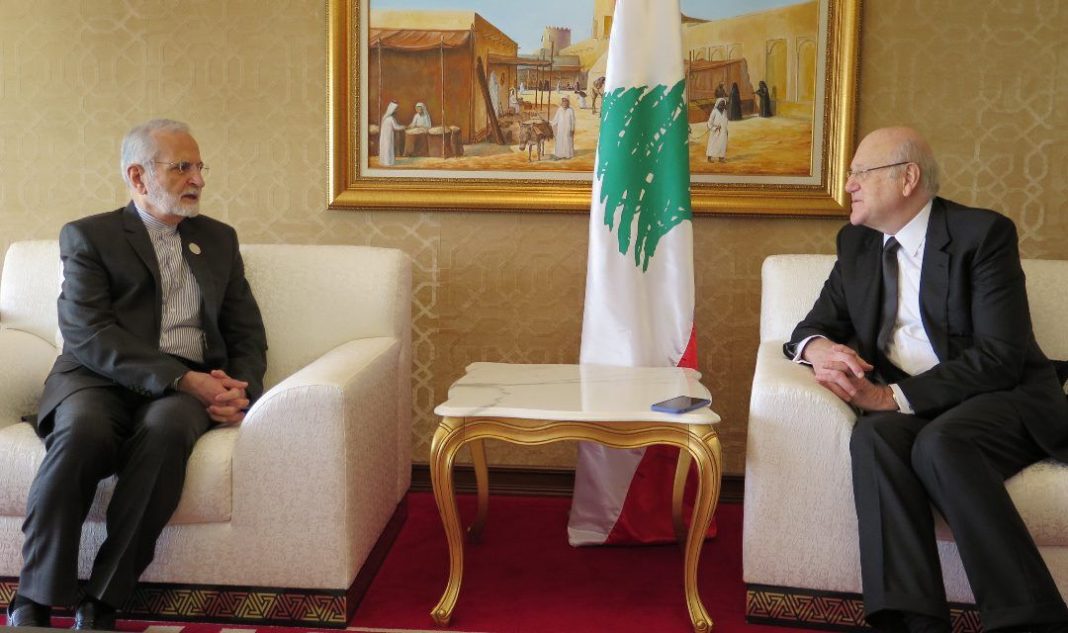 Iran’s former foreign minister and director of the Strategic Council on Foreign Relations says the required guarantees, removal of sanctions and taking the Islamic Revolution Guards Corps out of the US list of 'terror groups'، are among the key issues that should be resolved before any agreement on the 2015 nuclear deal in the Vienna talks.

Kamal Kharrazi says the resolution, of course, depends on “the will of the United States”.

Iran and the P4+1 group have suspended the Vienna talks and delegations have returned to their capitals.

Iran says it is ready to go to the Austrian capital and sign an agreement anytime, provided that the US takes the necessary decisions, Tehran considers vital before a deal can be reached.

Kharrazi made the comments during a meeting with Lebanese Prime Minister Najib Mikati on the sidelines of Doha Forum 2022.

The Iranian official also expressed hope for the removal of anti-Iran sanctions, stressing that the country has a potential to take up a strong role in the regional economy.

He also talked about the developments in Lebanon and the region. He said the way forward to solve Lebanon’s problems is ending foreign interference and the holding of domestic dialogue, stressing the need for the country to maintain its national unity to overcome existing problems.