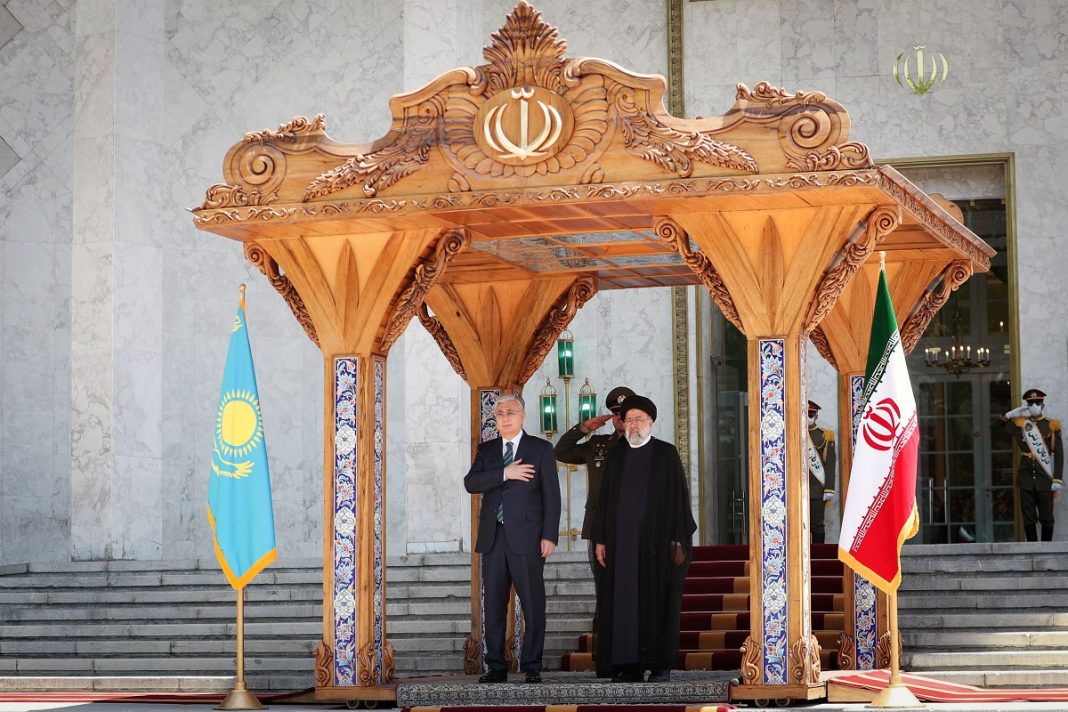 Kazakh President Kassym-Jomart Tokayev is in the Iranian capital, Tehran, on an official visit for talks with senior officials on the expansion of bilateral relations.

Heading a high-ranking delegation, the Kazakh chief executive arrived in Tehran on Sunday morning at the invitation of his Iranian counterpart, Ebrahim Raisi.

During the visit, officials of the two sides are expected to hold high-level meetings and sign a number of agreements on the enhancement of cooperation between the two countries.

The visit is in line with the Raisi administration’s policy of prioritizing relations with neighborly and friendly countries.

In January, Iran and Kazakhstan marked the 30th anniversary of the establishment of bilateral ties.

In a congratulatory message to Kazakh leaders, Raisi expressed confidence that relations between the two countries will contribute to the welfare of the two nations and regional and international peace.