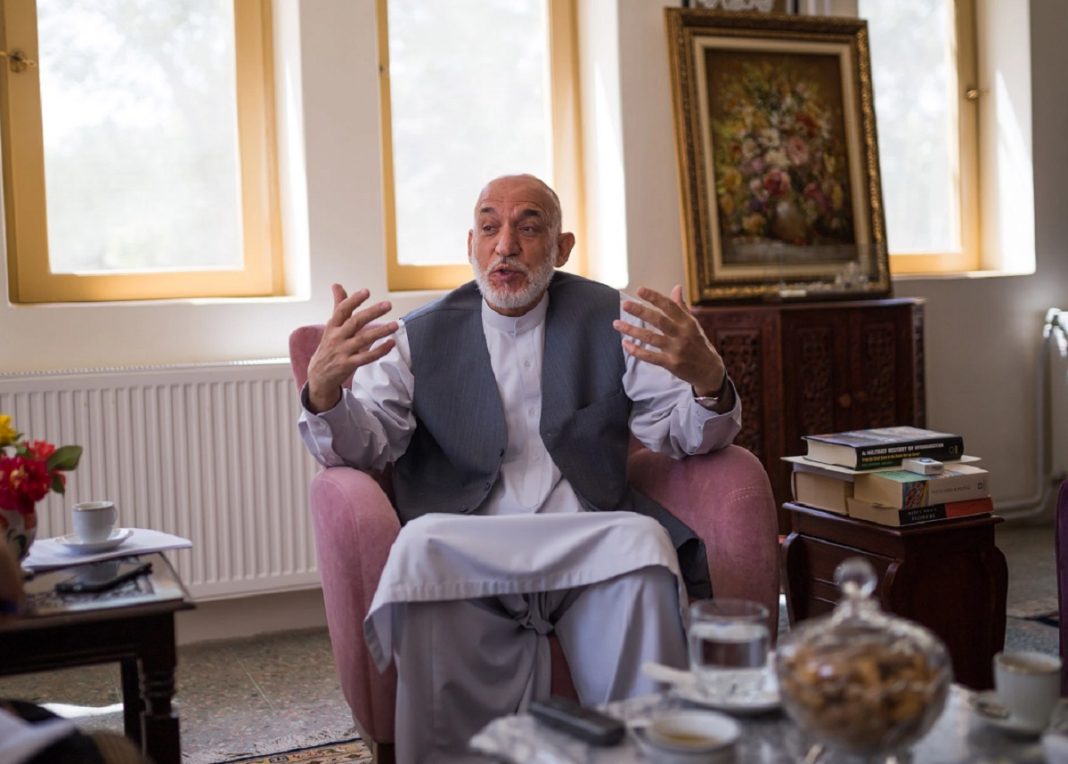 Afghanistan's former president Hamid Karzai has called on Iranian and Afghan people to protect and preserve their longstanding religious and cultural ties.

In a meeting with Iran’s Ambassador to Kabul Bahador Aminian, Karzai and the Iranian envoy discussed the long-standing and amicable relations between the two neighbors, the current developments in the region and images circulating on social media platforms purportedly showing Afghan refugees being mistreated in Iran.

The Iranian ambassador called the images unreal. He earlier warned that the images are part of a complicated plot hatched by Afghanistan’s former occupiers and the enemies of Iran.

The images began circulating soon after a stabbing attack against several clerics in the Iranian city of Mashhad last week which left two dead and another injured.

The assailant was an illegal Afghan refugee who had arrived in Iran via Pakistan and was residing in Mashhad.

Iran is a major destination for Afghans leaving their country amid worsening poverty and hunger. The Islamic Republic currently hosts over five million Afghan refugees. Some sources put the number at 8 million