Kahtibzadeh: We don’t know whether Vienna talks leads to agreement 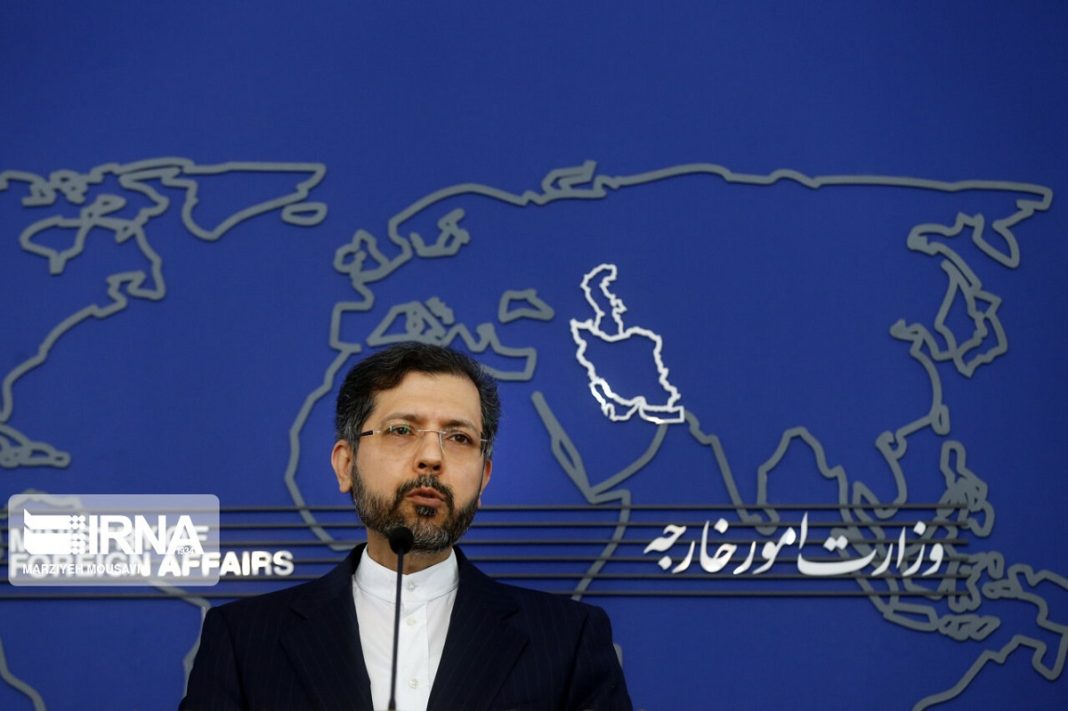 Iran’s Foreign Ministry Spokesman Saeed Khatibazadeh says the text of an agreement that would conclude the Vienna talks is not yet finalized “for us to talk about”.

“We really do not know whether we reach a nuclear agreement or not. The reason is the United States has not yet shown the necessary will for an agreement,” he said in his weekly presser, in response to the letter by a group of lawmakers to the Iranian president on the Vienna talks.

“So far, red lines have been observed. If we were to cross the red lines, the agreement would be achieved several months ago. We are yet to reach the point where the American side shows it is committed to its obligations. What is important for us is that there are clear benefits for the people from removal of the sanctions.”

“Unfortunately, the US is trying to maintain parts and elements of its maximum pressure against Iran. What is important for us is that people clearly reap the economic benefits of the removal of sanctions. The American side has put up barriers to minimize the people’s benefit from the Joint Comprehensive Plan of Action. We are fully aware of this and have reminded these issues to the other party,” he said.

Khatibzadeh also answered a question on the US keeping the IRGC’s Quds Force on its list of sanctions.

“All elements of maximum pressure should be removed. What remains to be agreed is beyond a single issue,” he said.

The spokesman also said any country that had “miscalculations” in connection with Israel have repeatedly reaped the results.

“No matter where the regime steps in, it causes insecurity there,” he said.

“The resolution was completely politicized and was an abuse of UN mechanisms to advance the political objectives of the western countries,” he said

On the statement of the 51st ministerial meeting of the Persian Gulf Cooperation Council, Khatibzadeh stressed that the Iranian islands of Abou Musa, the Greater Tunb and the Lesser Tunb in the Persian Gulf, are inseparable and eternal parts of the Iranian soil and the tedious repetition of unfounded accusations of this council against Iran is an indication of the lack of knowledge of member countries about the regional situation and the fact that the cooperation council has been taken hostage by one or two specific countries that are against the spirit of cooperation.

“These meddlesome remarks are within the sphere of our national sovereignty and national territory and are strongly rejected and condemned,” he added.