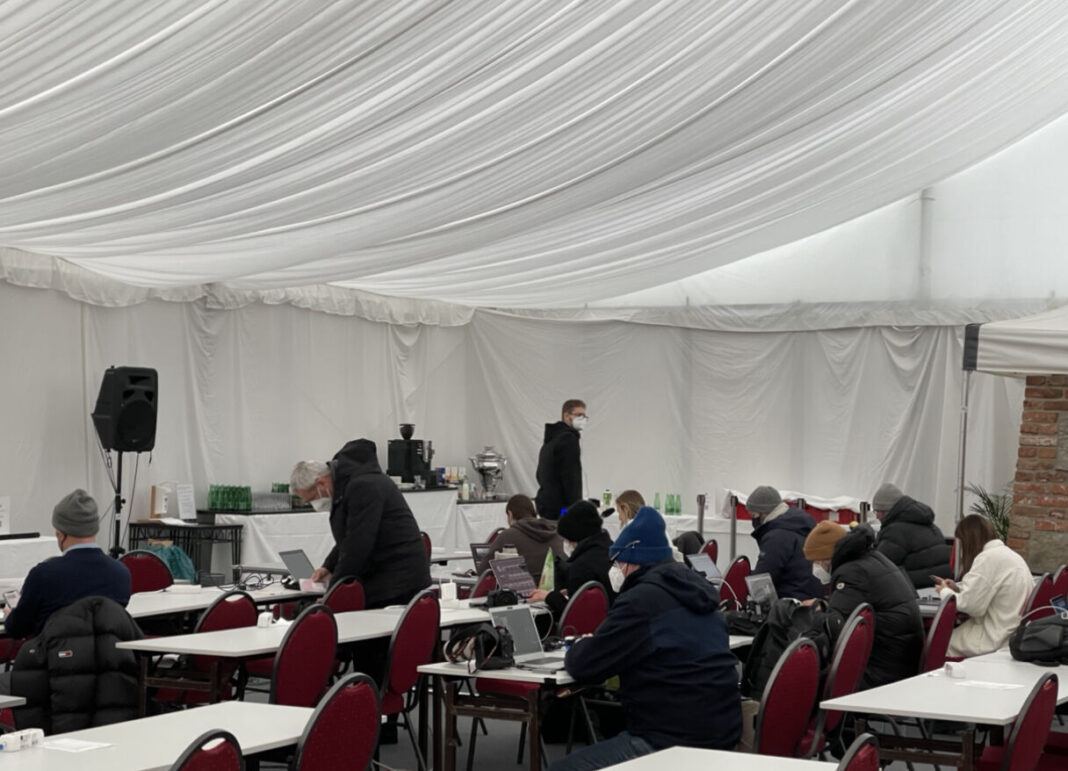 Journalists have flocked back to the Palais Hotel Coburg in Vienna, where negotiators from Iran and the P4+1 group of states have gathered for a new round of talks on reviving the 2015 nuclear deal.

The eight round of the negotiations started in the Austrian capital on Tuesday, amid widespread media speculation about the prospects of a final agreement between Iran and the five remaining parties to the deal, officially named the Joint Comprehensive Plan of Action (JCPOA).

At the same time, many journalists and representatives of media outlets, who had left the venue with the pause in the negotiations, returned to their position to provide coverage of what is going on inside the hotel.

The Austrian government is said to be spending 15,000 euros on a daily basis to provide security for the tent set up for the journalists outside the venue of the JCPOA negotiations.

The journalists have been widely speculating about a final agreement between the two sides, with the phrase “deal is at reach” going viral in many media outlets worldwide.

Russia’s chief nuclear negotiator Mikhail Ulyanov told the Moscow newspaper Kommersant that talks to revitalize the JCPOA are on the finish line with a final document already on the table.

The two sides have bridged some gaps since the talks began last year but differences remain, especially on the issue of US sanctions on Iran.

Tehran wants all sanctions imposed by the administration of former US president Donald Trump removed and says the issue is its red line.