The textbook of an elementary school in Jordan has referred to renowned Persian physician and scientist Avicenna an “impious unbeliever”.

“Despite his high scientific status, Avicenna was an impious unbeliever who insulted the companions of Prophet Muhammad (PBUH). Scholars such as Ibn Taymiyyah, Al-Ghazali and Al-Farabi considered him unbeliever,” it is written in the Arabic Language textbook in a Jordanian elementary school’s fifth grade, according to a Farsi report by Al-Alam. 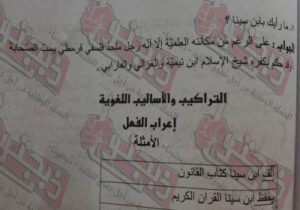 The Jordanian National Campaign for Defending Students’ Rights slammed the Jordanian Ministry of Education for bringing up such content in educational sources.

According to a report by Ray al-Youm, students accused the Ministry of creating an atmosphere to promote destructive Takfiri [extremist] thoughts.

Ibn Taymiyyah was a medieval Sunni Muslim theologian whose anti-classical interpretations of Holy Qur’an and the Sunnah and his rejection of some aspects of classical Islamic tradition are believed by some scholars to have had considerable influence on contemporary Wahhabism, Salafism, and Jihadism.

Ibn Taymiyyah’s controversial fatwa allowing jihad against other Muslims, is also referenced to by Al-Qaeda and other jihadi groups.