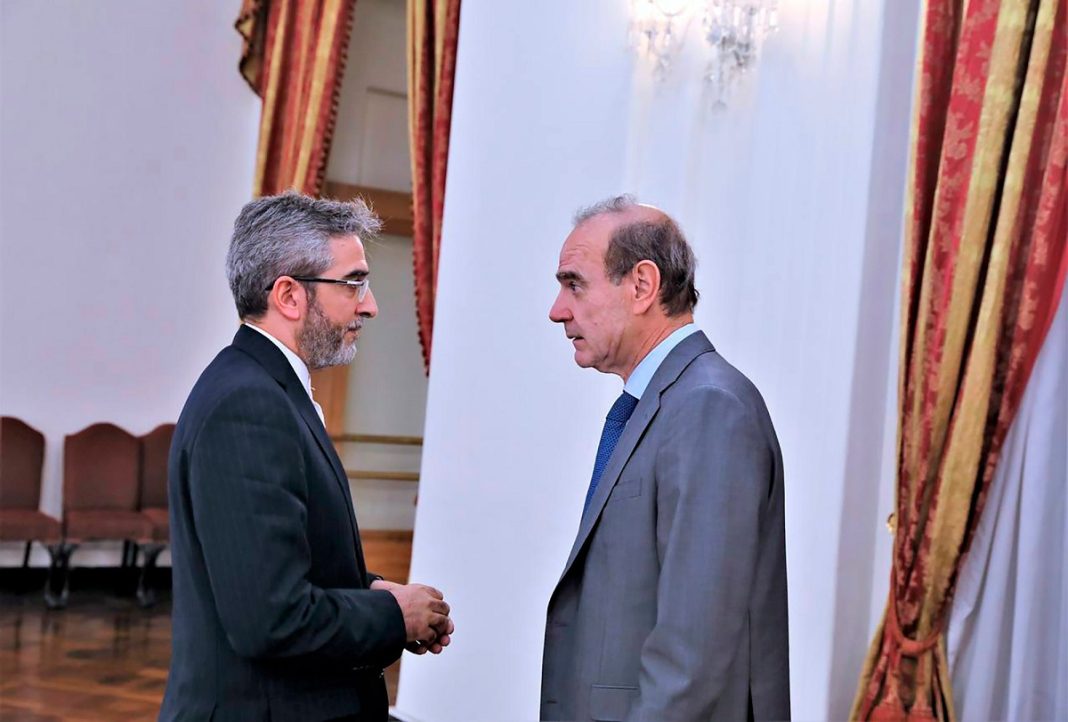 Iran’s chief negotiator and the European Union’s deputy secretary general for political affairs, have held talks in the Qatari capital, as negotiations resume on a potential restoration of the 2015 nuclear deal following a months-long hiatus.

Hours after arrival in Doha on Tuesday, Ali Bagheri Kani entered a meeting with Enrique Mora, who is scheduled to coordinate indirect negotiations between Iran and the US on behalf of the European Union.

No details were immediately available on the content of the meeting.

The senior diplomats exchanged views on the upcoming indirect negotiations between Iran and the US and ways to achieve success in the fresh diplomatic process.

Since last April, several rounds of negotiations have been held in the Austrian capital, Vienna, on restoring the nuclear deal, officially called the Joint Comprehensive Plan of Action (JCPOA), whose fate has been hanging in the balance since Washington’s unilateral pullout in May 2018.

In a different format, the Vienna talks was held between Iran and the P4+1 group of states — Russia, China, France, Britain plus Germany.

A US delegation was also present there but was not allowed to directly join the talks since Washington is no longer a party to the nuclear deal.

The talks, however, hit a deadlock three months ago over what Iran calls Washington’s failure to take political decisions on a range of issues, mainly an effective removal of the sanctions it has imposed on the Islamic Republic and provision of guarantees that it won’t violate the multilateral agreement again.