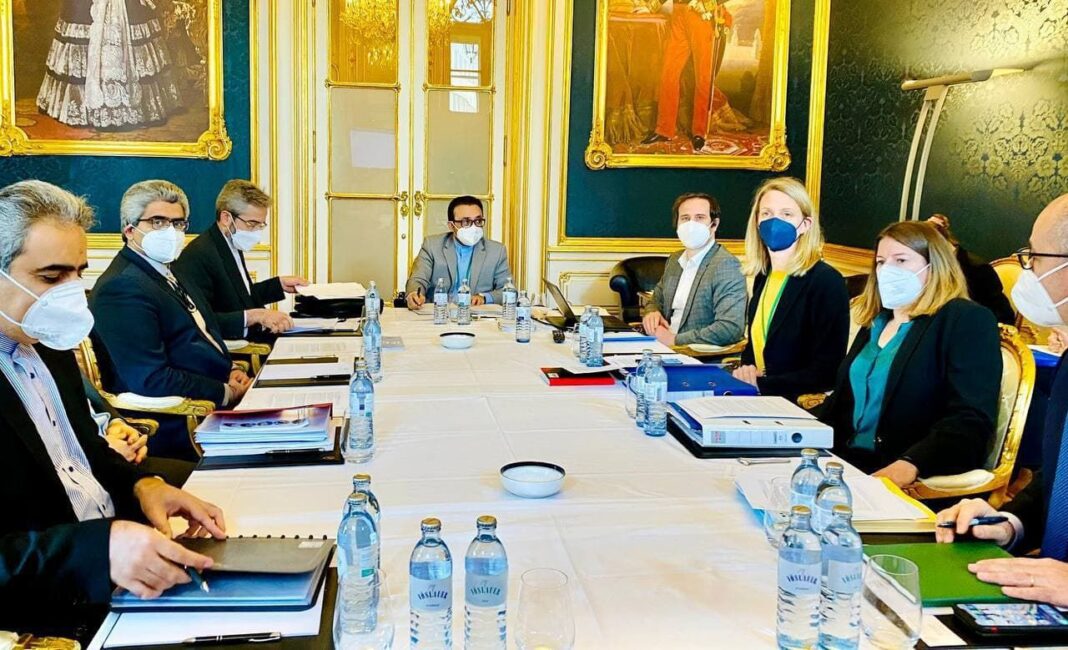 The eighth round of talks between Iran and the P4+1 group in the Austrian capital Vienna is paused for a week from Saturday, as negotiators acknowledge that the latest negotiations were another step forward.

The negotiating teams of Iran, Russia, China, Britain, France and Germany will now return to their capitals for consultations.

On Friday, negotiations to remove anti-Iran sanctions proceeded in Vienna with a meeting between Iranian lead negotiator Ali Bagheri Kani and Enrique Mora, deputy secretary general of the European Union External Action Service, followed by meetings with representatives of the three European parties to the Joint Comprehensive Plan of Action، the Iran nuclear deal.

The head of Iran’s negotiating team also met with the senior negotiators of China and Russia in a trilateral meeting on Friday, before the start of the break.

Mora wrote in a tweet on Friday that “the 8th round of the Vienna talks which started on December 27, so far the longest, takes a break. Participants will go back to capitals for consultations and instructions and will come back next week. Political decisions are needed now.”

Meanwhile, E3 negotiators said in a statement that “January has been the most intensive period of these talks to date.”

“Everyone knows we are reaching the final stage, which requires political decisions. Negotiators are therefore returning to their capitals for consultation.” the E3 added.

Senior diplomats from Iran and the P4+1 group have been working on a draft text of an agreement to revive the 2015 deal. European negotiators acknowledge that, despite the complexity of some issues, the talks are moving forward.

The Joint Comprehensive Plan of Action has been in tatters since former U.S. president Donald Trump unilaterally withdrew from the deal in May 2018 and re-imposed sanctions against Tehran.