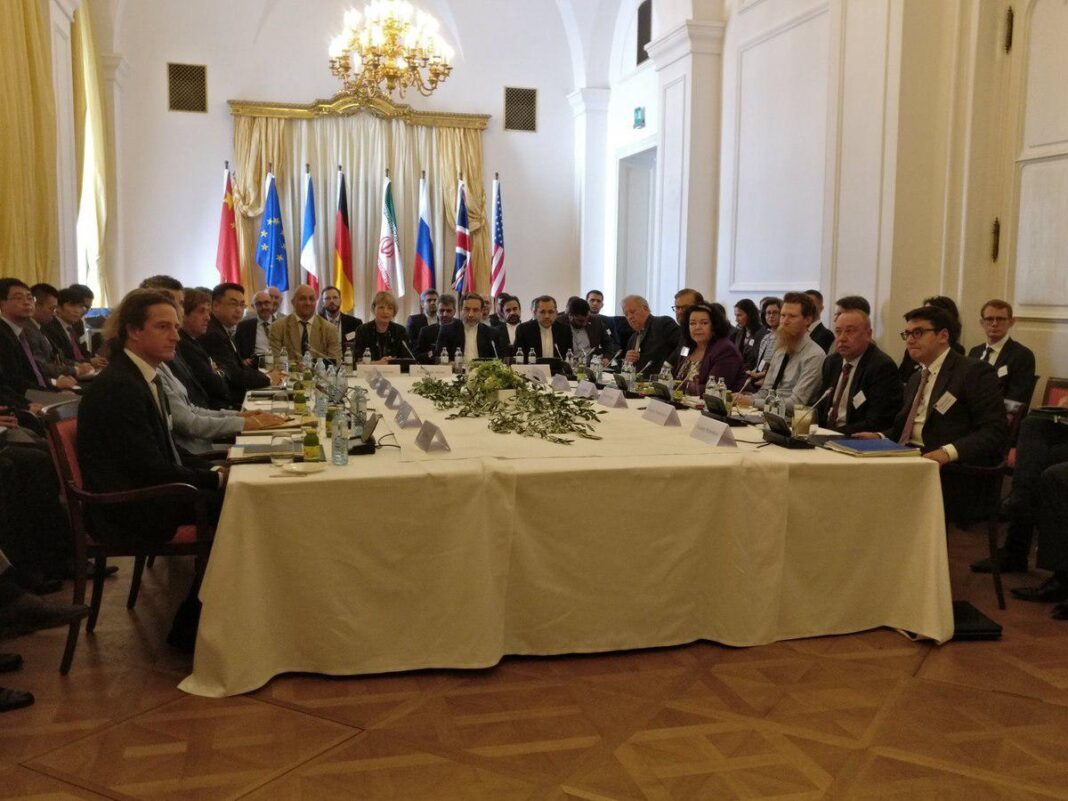 A regular meeting of the Joint Commission of the Joint Comprehensive Plan of Action (JCPOA) was held in the Austrian capital of Vienna, with representatives of the Islamic Republic of Iran as well as the P5+1 in attendance.

During the Friday meeting, the participants reviewed the implementation process of various sections of the JCPOA including sanctions removal and technical aspects of the deal.

During the talks on the technical aspects, the representatives discussed the latest developments in the projects underway to modernize Arak Heavy Water Reactor and to produce stable isotope in Fordow Plant.

They also reviewed issues connected with the production of nuclear fuel in Iran as well as the technical and safety aspects of the production process and agreed on a number of measures to accelerate and facilitate the relative process to pursue the developments made in different sections.

On the other hand, all participating delegates welcomed the International Atomic Energy Agency’s move to confirm Iran’s adherence to its commitments under the JCPOA for the sixth consecutive time since its implementation in 2016.

The Commission also discussed a report on the “Peaceful Nuclear Cooperation” between Iran and the P5+1 as stipulated in the third appendix of the JCPOA. The report had been prepared one day earlier during a meeting between the experts of the participating delegates.

The Joint Commission welcomed the expanded bilateral and multilateral cooperation between Iran and the P5+1 carried out or underway within the framework of the Peaceful Nuclear Cooperation and called for further expansion of the cooperation.

Meanwhile, during the meeting, the coordinator of the JCPOA Procurement Channel’s working group delivered a report on the latest measures adopted to provide Iran’s industry with access to sensitive dual-use goods. The joint commission praised the Procurement Channel for its continuous and appropriate operations.

On anti-Iran sanctions, the Islamic Republic’s delegate delivered factual and in-depth reports on the United States’ breach of promises as well as its stonewalling and procrastination in fulfilling its obligations under the JCPOA.

In reaction to Iran’s harsh criticisms, the US delegate announced that Washington has remained faithful to its commitments under the nuclear deal in spite of the changes in the US administration. The US representative also stated that the country has carried out all legal procedures to remove nuclear-related sanctions on Iran.

The participating delegates unanimously stressed the importance of a balanced implementation of the JCPOA as well as the necessity of removing the sanctions on Iran as stipulated in the nuclear deal. They also called for the fulfilment of pledges under the deal by all sides.

The Joint Commission also issued a strong statement to voice the full support of all delegates for the implementation of the JCPOA by all sides with goodwill and constructive approach. The support was explicitly stated in the press release of Helga Schmid as Secretary General of the European External Action Service.

The Islamic Republic of Iran said it is seriously pursuing the US breach of promises in the implementation of the nuclear deal. It also stressed that it preserves the right to react to the US negative stance towards the JCPOA.

It goes without saying that in line with its political and diplomatic efforts to follow up on the issue, the Islamic Republic of Iran is closely monitoring the positive and negative measures of the US, and will consider all appropriate options in dealing with the issue while consulting with its international partners.