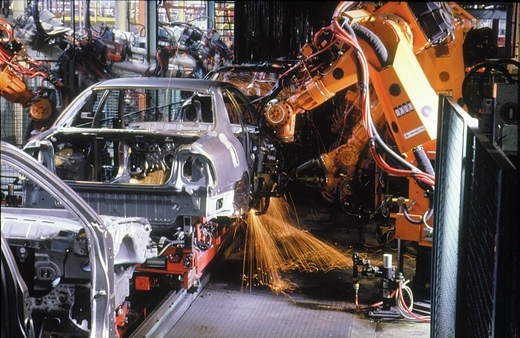 The Japanese and German economic teams in Tehran have said that they can help Iran revamp its automotive industry and develop its agriculture and food industries.

Trade delegations from Japan and Germany have recently visited Iran to weigh economic opportunities in Iran and the outlook of economic and industrial cooperation with the Islamic Republic of Iran.

Tasnim News Agency on October 7 published a report on Iran’s economic and industrial cooperation with Japan and Germany and what these two foreign teams were looking for in Iran. The following is the translation of part of that report:

Chairman and Chief Executive Officer of JETRO, the Japan External Trade Organization, Hiroyuki Ishige has said that his agency is seeking to find Iranian partners to produce automobiles and car parts inside Iran.

The Japanese manager made the remark on the sidelines of a meeting with the head of Iran’s Chamber of Commerce and added, “We are also seeking to enter partnership with Iran in other areas such as food industries and environmental issues. We have started to review such partnerships and we will take the necessary executive measures once the stage is set for such cooperation”.

He went on to say that as many as 30 big economic, industrial and production companies from Japan – among them oil, gas and petrochemistry companies as well as automotive manufacturers like Mitsubishi and Suzuki – are now in Iran.

These companies are trying to hold direct talks with the Iranian sides, boost bilateral trade ties and remove the problems standing in the way of developing relations between the two nations, he added.

The JETRO chief further said that red tape and failure to respect the intellectual property rights of companies are the hurdles to cooperation between the Japanese companies and Iran, and expressed hope that such hurdles will be removed soon.

President of Lower-Saxony’s Chamber of Industry and Commerce Horst Schrage has said that Iranian automotive companies have expressed readiness to enter talks with Germany on renovation of the Iranian car industry and provision of car parts.

Schrage said on the sidelines of a meeting between a German delegation and the managing director of Iran’s Bank of Industry and Mine (BIM) that the German side is willing to open talks with Iran on different fronts, including agriculture, food industries, automotive industries and car parts.

He further said, “Trade with Iran is not the only objective of the German side; rather, we want to set the stage for long-term cooperation with Iran.”

“We are trying to make proper planning for long-term investment in Iran,” he added.