Iranian presidential contenders Saeed Jalili and Alireza Zakani have withdrawn from Iran’s presidential race in favour of Ebrahim Raisi, the conservative contender who has the biggest chance for winning the Friday votes.

Jalili announced his decision on Wednesday afternoon, and Zakani did so on Thursday morning.

“I appreciated his untiring efforts,” he added.

“Today, is the day for a major campaign to help Iran take a leap,” the message further read.

Earlier, the reformist candidate Mohsen Mehralizadeh had dropped in favour of Abdolnasser Hemmati, the former moderate governor of the Central Bank of Iran. 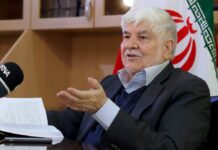