Jahangiri Steps Aside in Favour of Rouhani in Iran Elections 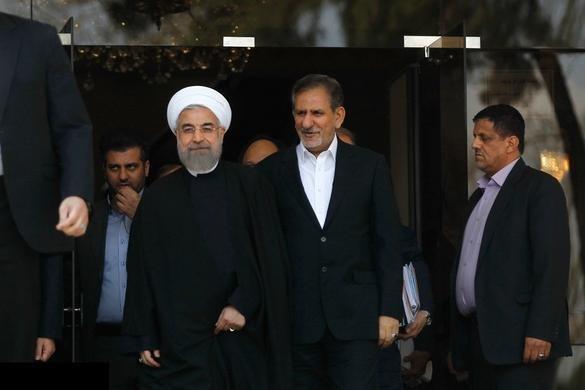 Iranian presidential candidate Es’haq Jahangiri officially dropped out of Iran’s presidential race in favour of Hassan Rouhani, and called on his fans to vote for the incumbent president on May 19.

Addressing a packed gathering in the city of Shiraz, Jahangiri called on all his supporters to vote for Rouhani in the upcoming presidential election.

In a statement later released, Jahangiri said he is stepping aside now that Rouhani has passed all the unfair and unethical attacks.

He promised to help Rouhani implement his future plans for the country, and said he is totally devoted to serve reformism and moderation.

Jahangiri’s withdrawal came after the other presidential candidate Mohammad Baqer Qalibaf dropped out in favour of his fellow right-winger Seyyed Ebrahim Raisi on Monday.

Only four contenders are left in the presidential race, but the main rivals are Rouhani and Raisi.

Iranian people will go to the ballot boxes on Friday, May 19.