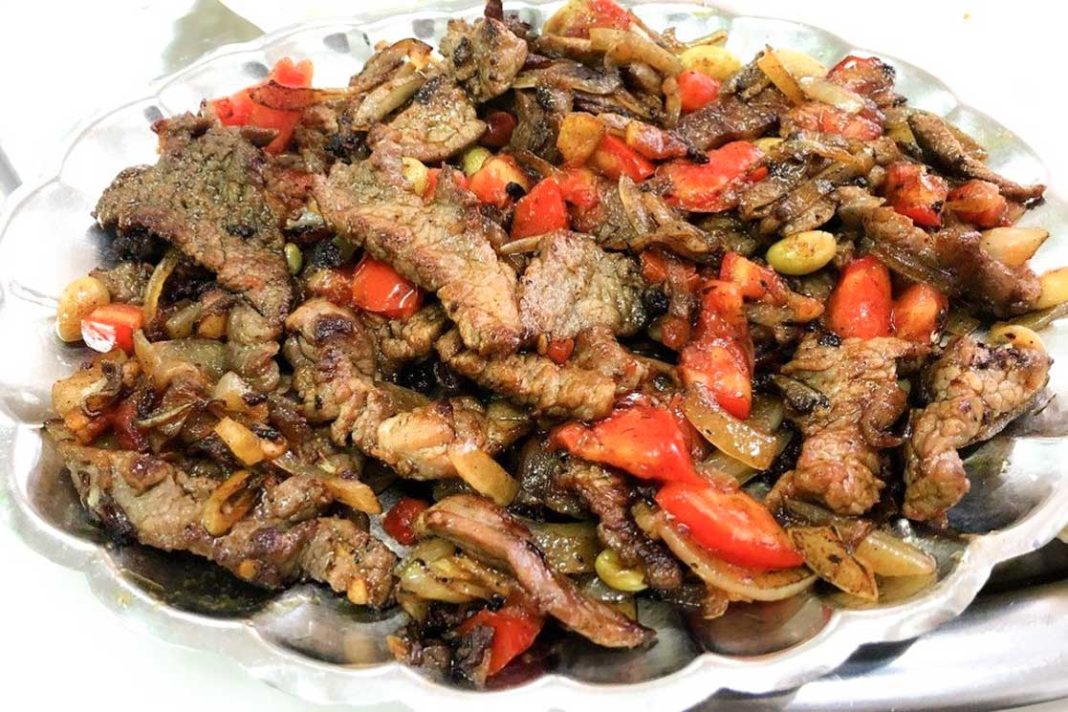 Jaghoor Baghoor is a traditional food of Zanjan province in northwestern Iran, which is mainly made of the sheep’s liver, lungs, and heart.

Zanjan is a cold climate with numerous local foods. The ingredients of the foods cooked by locals are all natural, nutritious and healthy. They are all very useful for the body.

It is prepared quickly and easily, and it is very delicious, making it a popular food in many cities across the country. 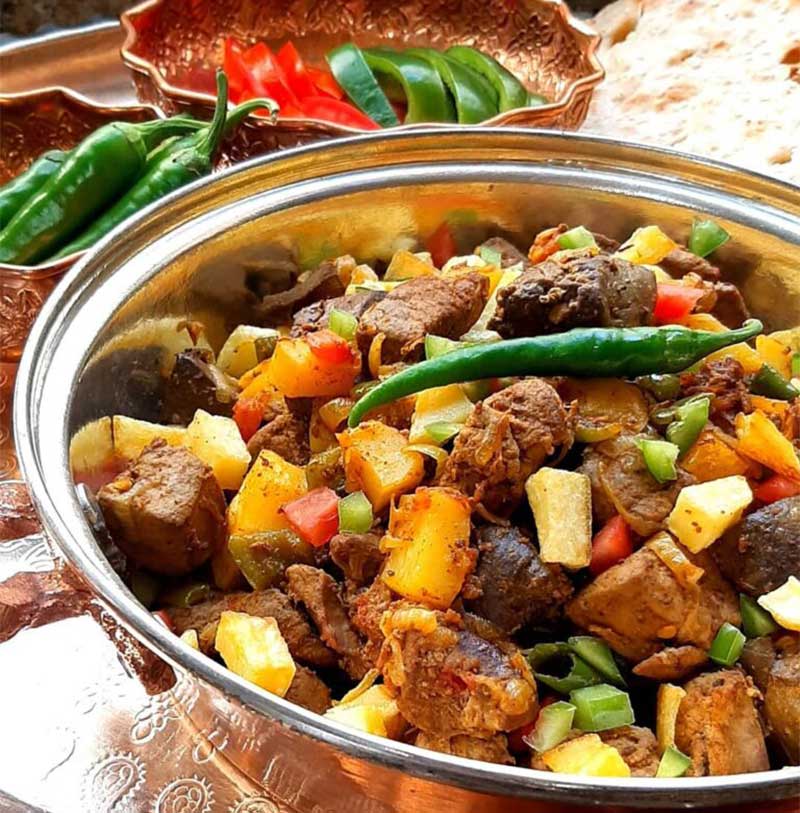 Probably the most interesting point about this food is that it is commonly served as a breakfast meal.

If you happen to visit Zanjan, you will see many restaurants serving this food in the morning.

In terms of ingredients, it is similar to the Scottish food haggis. 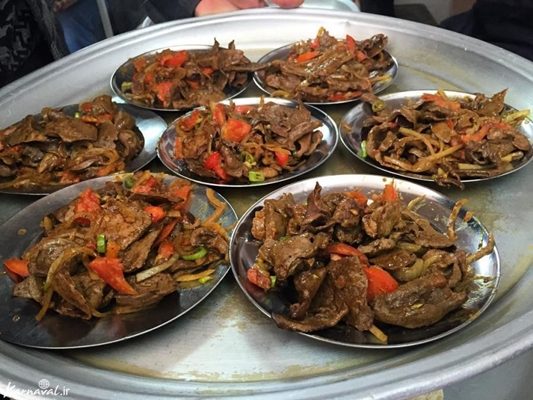 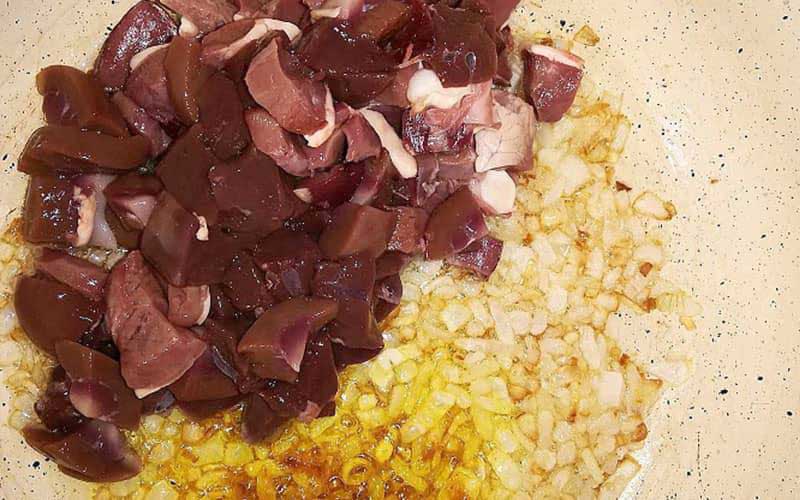 Shred the onions and fry them in oil until they turn gold. Wash the lamb lung, chop it, add it to the onions, turn down the flame, put the lid on and wait until the water inside evaporates.

Then add turmeric, sauté the food and add a glass of water. Put the lid back on again, so that the lung will be cooked through with mild heat. 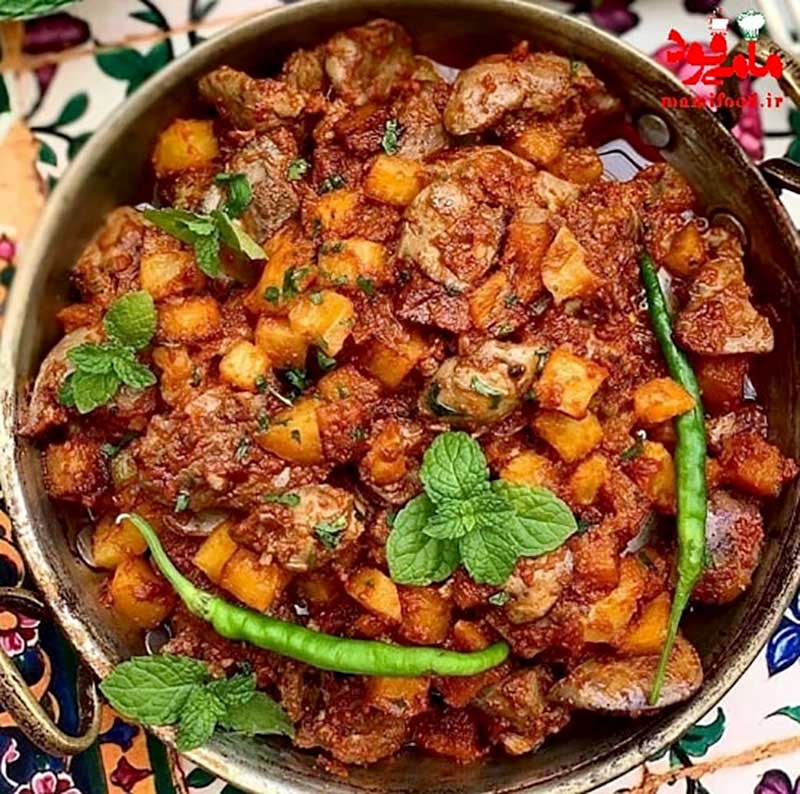 Lungs normally take a long time to cook. If the water evaporates and the lung is still not cooked through, add some more water. There must remain two or three spoonfuls of water after the food is cooked.

Now skin the liver and chop it into very small pieces. Clean it well before adding it to the cooked lung. Mix them and add salt, pepper and tomato paste. If you like, you might add half a spoonful of pomegranate paste or lime juice and let it cook for a few minutes. 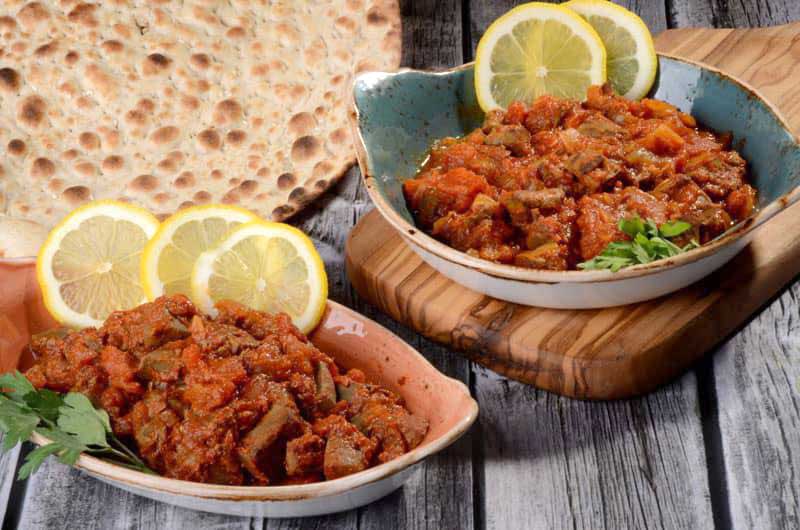 1-If this food is cooked using animal oils such as sweet intestine, tail fat, etc., it will taste much better. Jaghoor Baghoor is a common food in some parts of Iran, such as in Gilan and Shiraz, where it is respectively known among people as Vavishka and Tutuvei (meaning “cooked in a pan”).

Interestingly, Scots have a food which is similar to Jaghoor Baghoor named Haggis, which is the national dish of Scotland. That’s a type of pudding composed of the liver, heart, and lungs of a sheep (or other animals), minced and mixed with beef or mutton suet and oatmeal and seasoned with onion, cayenne pepper, and other spices. 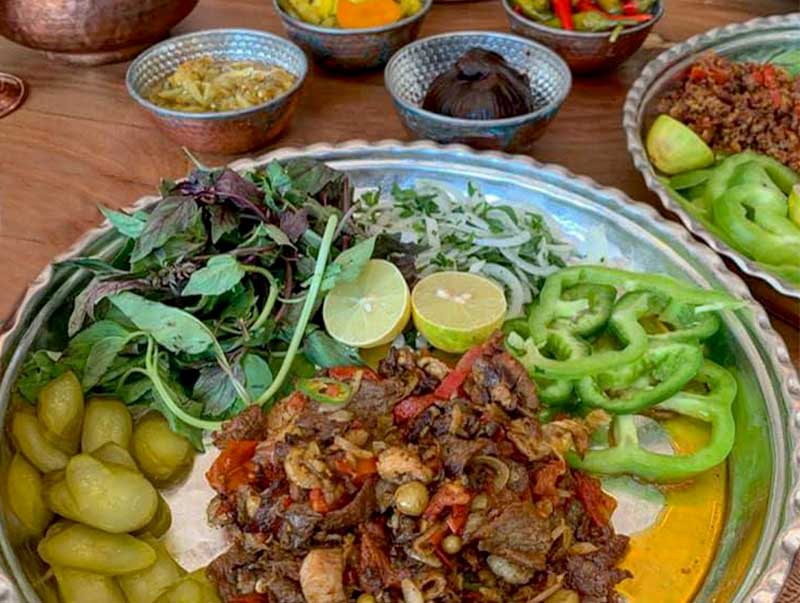 2-Cooking the liver does not clear the toxins and hormonal drugs. But germs and parasites are killed by heat. For this reason, you should cook the liver completely and it should not be juicy after it’s cooked.

3-The lung has lots of air sacs. For this reason, it must be boiled in water for at least two hours so that it’s cooked completely.

4-You can add mushrooms to the food to make it taste better. This depends on your taste. However, the original recipe does not include mushrooms. For this purpose, it must be cut into small pieces and after the onion gets golden, the mushroom pieces must be added to it and roasted until its juice is evaporated and it is fried. 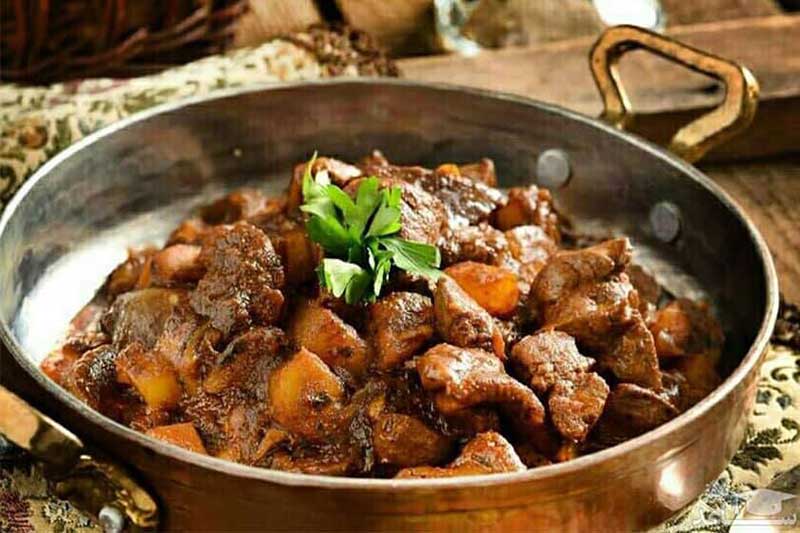 5-If you want your Jaghoor Baghoor to taste sour, you can use some sour grape juice and even tamarind.

So put the tamarind in a glass of boiling water. Then pass it through a sieve to get a smooth and even liquid. Toward the end of cooking, add it to the food so that its sourness does not harden the raw materials. Allow the ingredients to mix for a few minutes. 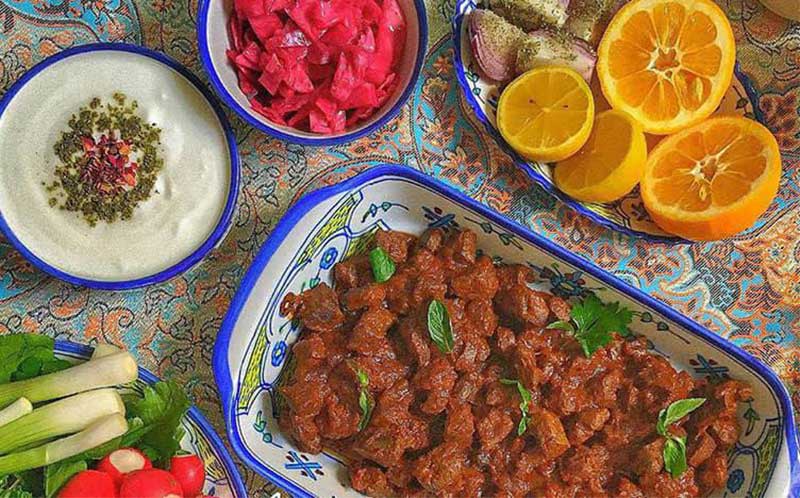 How can I eliminate the stench of liver and heart?

To eliminate the bad smell of liver and heart, you can chop or grate one or two onions and add salt, pepper, a quarter cup of saffron and half a cup of lemon juice, and finally add liver, heart, lung to the mix.

Then allow it to rest for two to three hours to absorb the taste of the additives. As the lung cooks more slowly, it is better to flavor it separately.

Can I make this food with meat instead of heart and liver?

Vegetarians can go for eggplant instead of red and white meat.