Italian Jazz Genius to Give Concert in Iran 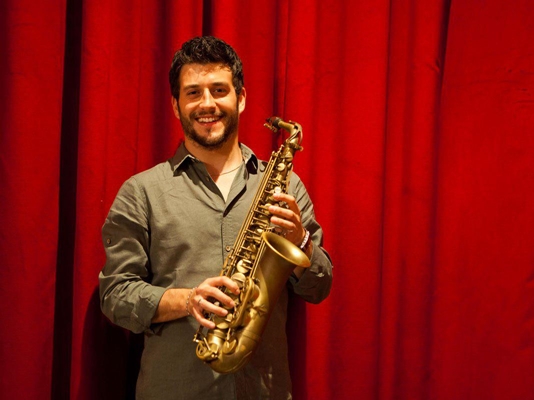 Italian genius Jazz musician Francesco Cafiso will give a concert in Tehran on January 19 as part of the 33rd International Fajr Music Festival.

The annual International Fajr Music Festival is due to be held in Tehran this year from January 10 to 20.

Cafiso, born in Vittoria, Sicily on May 24, 1989, is a prominent jazz player who plays alto saxophone.

According to a Farsi report by the Honar Online news agency, he began playing at the age of nine and debuted in 2001. In 2003 he toured Europe with Wynton Marsalis.

In 2005, at the age of sixteen, he won Italy’s version of the Golden Django. He has recently received an honorary diploma for flute.

On 19 January 2009 he played in Washington DC during the festivities in honour of President Barack Obama and Martin Luther King Jr. day.

He has won several prizes including the Massimo Urbani National Award in Urbisaglia and EuroJazz Award in Lecco, both in Italy; the International Jazz Festivals Organization Award in New York; the Django d’Or in Rome, and many others.