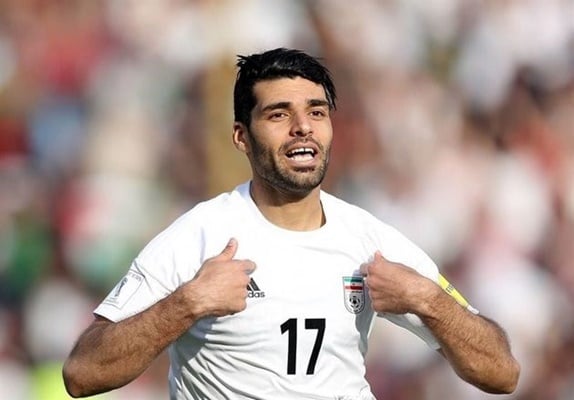 In a strange and hostile move, an Israeli website has called on FIFA to ban Iranian national football striker Mehdi Taremi from playing in World Cup 2018 for his last year’s tweet.

The Ynetnews website has used the tweet to deal a blow on the Iranian national team in the FIFA World Cup 2018. However, Taremi has done the same thing that all media including the Israeli ones did as well: quoting what political leaders say in the world.

The only difference that can be imagined between a footballer (a citizen journalist) and a professional journalist is that this Iranian player believes in the elimination of Israel, as the Iranian Leader does.

Such a verdict by Israeli media, of course, requires the revival of the medieval system of “Inquisition.” Are those who claim to be Middle East’s most developed democracy inflicting harm on themselves to show they are a medieval and reactionary regime? It does not seem to be unreasonable to elaborate on the Iranian Leader’s statements on this pretext. It is necessary to explain the remarks made by Ayatollah Khamenei regarding “the elimination of the Israeli regime within the next 25 years”.

Perhaps clarifying the meaning and the way to “eliminate Israel” is the most important cause of the Israeli media’s anger. A few days ago, Iran’s Leader said “the only democratic solution to end the war and restore peace in the Palestinian territories is to refer to the opinions of the people living on this land whether Jews, Muslims or Christians or those who are displaced from their homeland and scattered throughout the world.”

Ayatollah Khamenei also stressed that in this case nothing would be left in the name of the state of Israel, and giving the right to self-determination to the people of this land would lead to the collapse of this regime.” You can read the full statements of Ayatollah Khamenei here.

According to Khabar Online, the Israeli outlet claims football fans have filed a complaint against Iran’s 25-year-old striker Taremi for his anti-Israel tweet.

This comes as Taremi had only quoted the leader of the Islamic Revolution Ayatollah Khamenei as saying that “Israel will not exist in the next 25 years.”

According to this complaint, the football fans are calling on the International Federation of Association Football to ban Taremi from playing for the Iranian national team in the 2018 World Cup, which is currently ongoing in 11 cities across Russia.

Interestingly, Taremi has published this tweet about a year ago, but the Israeli website has noticed it now!