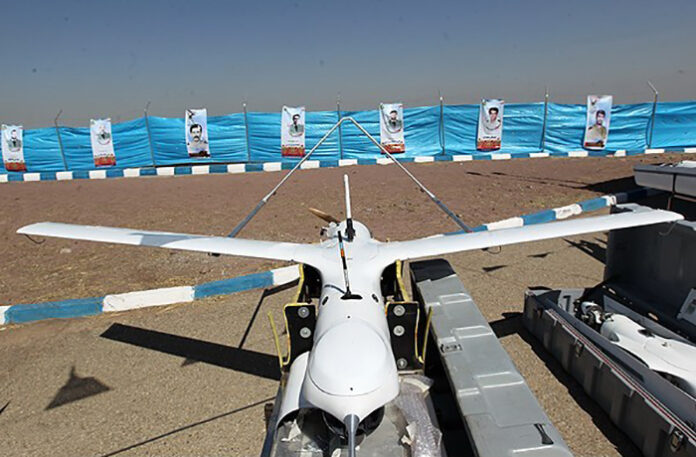 Last week, a couple of Israeli Patriot missiles were fired at an Iranian-made drone flying over the occupied territories, but Yasir drone evaded the missiles, causing them to crash into each other.

The UAV (Unmanned Aerial Vehicle) that flew on July 17 over northern Israel was a “Yasir” drone made in Iran that was launched from a Hezbollah base in Syria’s Qalamoun Mountains, some 60km from central Golan. This is reported by DEBKAfile military and intelligence sources.

The Yasir can reach an altitude of 5,000 feet, operate in a 200km radius and stay aloft for 8 hours, as reported by Tabnak and translated by IFP.

The Israeli website says there is no information as to whether it was launched by an Iranian or a Hezbollah team.

This UAV displayed exceptional maneuverability, unlike most drones, since it is believed to the advanced US electronic systems installed by reverse engineering of the American US ScanEagle drone that was downed intact over Iran on Dec. 17, 2012.

The Israeli website’s military and intelligence sources say this fundamental upgrade was carried out under the instruction of Chinese cyber warfare specialists.

The IDF, the Israeli air force and other western armies, including the US Air Force, are anxiously trying to find out how many replicas of the purloined US ScanEagle the Iranians have been able to manufacture.

They all watched the Iranian drone’s performance in evading Israeli air force jets and helicopters and ducking air-to-air missiles and Patriot surface-to-aircraft missiles before flying back to Syria after spending the best part of an hour over the Golan and Upper Galilee.

On October 2013, when Lt. Gen. Viktor Bondarev, the Russian Air Force Commander, visited Tehran, the Iranians made him a gift of a drone into which the sophisticated US electronic systems were implanted.

This would explain why the Russian command in Syria omitted to intervene or warn Israel of the approach of an alien UAV from Syria – in breach of the coordination agreement between Israel and Russia.

DEBKAfile’s military sources add that the two Patriot missiles fired at the drone veered off course and crashed into each other. This was most probably one of the effects caused by the Iranian-Hezbollah drone’s pirated US electronic capabilities.