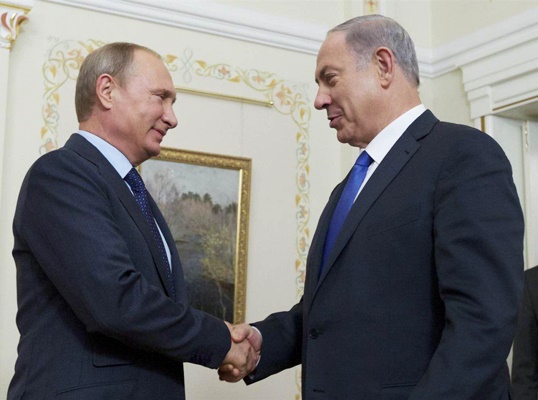 An Iranian MP says Tel Aviv is scared of the growing power of Iran-backed Hezbollah forces, and is thus trying to use Russia as a buffer between Iran and the occupied territories.

Iranian lawmaker Mohammad Javad Abtahi says the Israeli regime has misgivings over the restoration of tranquility and security to Syria.

“Given that border areas in Lebanon and Syria have been purged [of terrorists], the Zionist regime [of Israel] is concerned over the establishment of calm and security in Syria,” he said, according to a Farsi report by ICANA.

He said Israeli Prime Minister Benjamin Netanyahu tries to take advantage of Russian President Vladimir Putin to turn Russia into a buffer between Iran and the borders of occupied Palestine.

“Netanyahu’s trip to Moscow should be interpreted as a move to make up for the Israeli regime’s back-to-back defeats,” said the MP.

He said the striking feature of Israeli officials is that they get anxious too quickly.

“They (Israeli authorities) are really scared of the growing power of the [Lebanese resistance movement] Hezbollah,” he said.

“The Israeli regime’s strategic need is to win Russia’s heart to ensure the security of the Golan Heights.”

“Given the Zionist lobby’s influence in the US, Netanyahu tries to create a ray of hope for the Kremlin in Washington in order to get anti-Russia sanctions eased,” said the legislator.

“Russia is not unlikely to mediate again, but such an approach will further consolidate the position of Takfiri terrorists and facilitate the recruitment of new operatives,” he said.

“Russia shouldn’t forget that the Israeli regime has supported terrorists, and, at last, will trigger fresh security concerns in Chechnya,” he noted.

“Russia’s breaches of promises on several occasions have led Iran to take this issue into consideration when adopting approaches. Resistance forces are prepared for every eventuality.”