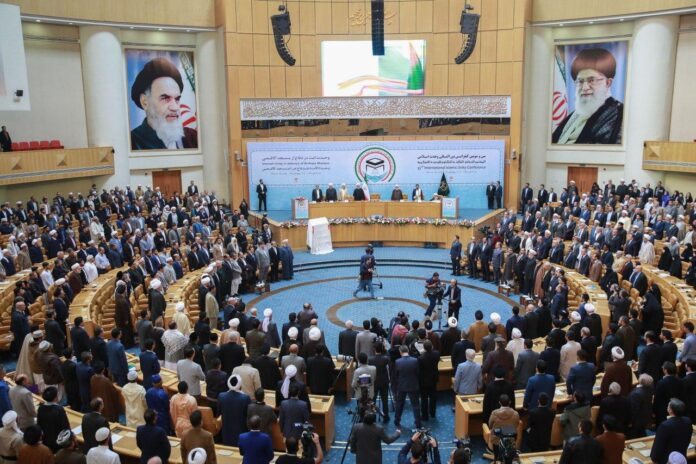 The 33rd edition of International Islamic Unity Conference has started in the Iranian capital of Tehran, marking the birth anniversary of Prophet Muhammad (PBUH).

350 personalities from 93 countries are attending the event, which is being held on November 14-16.

This year’s theme of the conference is “Ummah unity in defending the al-Aqsa Mosque.”

The conference started on Thursday with a speech by Iranian President Hassan Rouhani.

The International Islamic Unity Conference is held annually in an effort to lay the ground for stronger unity and solidarity among Muslims and provide solutions for their problems.

The conference is mounted so as to promote unity of the Islamic society which has been a major axis in the thoughts of many leading Muslim intellectuals worldwide.