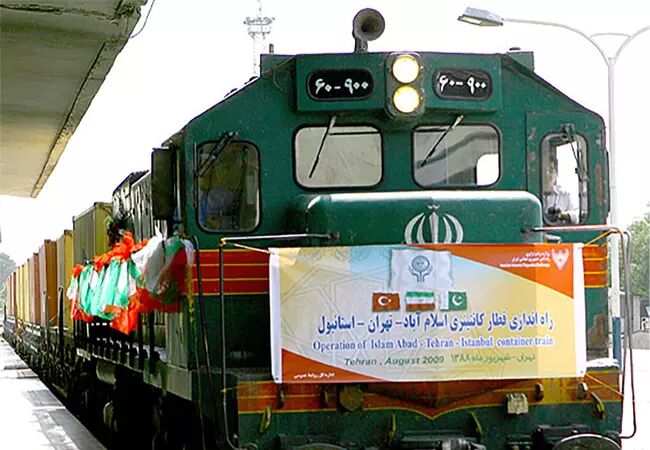 A cargo train linking Pakistan to Iran and Turkey has entered Iranian soil from the eastern border, days after the freight train service was relaunched following a 10-year pause.

The freight service has been viewed as a major boost for trade ties between the three states.

Carrying dozens of cargo containers, the Istanbul-Tehran-Islamabad (ITI) started its 6,543-kilometer journey from the Pakistani capital on Tuesday to Turkey’s economic hub, during a ceremony joined by high-ranking officials from the three states, Kazakhstan, and Kyrgyzstan.

The freight service was initially launched in 2009 but it stopped operations in 2011 due to several delays in Pakistan.

The train can finish the journey through the three countries in about two weeks, making it much faster and less expensive than the alternative sea route.

Amin Pourbarkhordari, head of Iran’s Rasan Rail Pars, said the train would continue its journey from the eastern Iranian city of Zahedan toward the western Razi railway border with Turkey following customs operations and transfer of the cargo from Pakistani wagons to European ones.

The train will travel through the Turkish capital, Ankara, before reaching its final destination in Istanbul.

Pourbarkhordari expressed hope that with the cargo train coming into service, transit through the corridor would see a boost in the future.