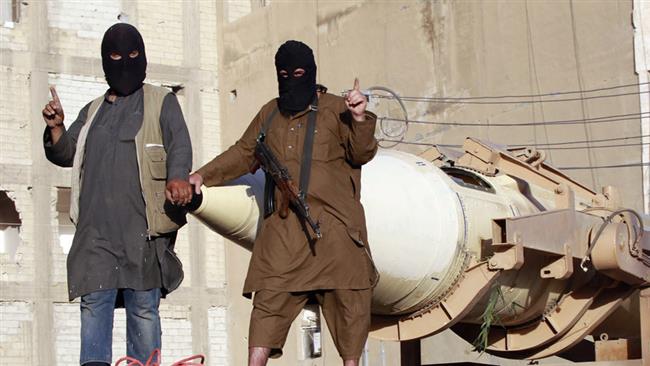 Daesh terrorists have reportedly used internationally-banned chemical weapons in their recent offensive against a Shia Turkmen-populated town in Iraq’s northern province of Kirkuk.

Head of the Iraqi Turkmen Front, Arshad Salihi, said in a statement on Friday that the extremists lobbed a barrage of mortar rounds, which contained chemical agents, on the town of Tuz Khurmatu, situated 25 kilometers (15.5 miles) south of oil-rich city of Kirkuk, on March 9.

Three civilians lost their lives in the attack and hundreds more suffered injuries.

Director General of the Organization for the Prohibition of Chemical Weapons (OPCW) Ahmet Uzumcu said on Tuesday that fact-finding teams from The Hague-based watchdog have discovered evidence suggesting the use of sulphur mustard in Daesh attacks against areas in Iraq and neighboring Syria.

“Although they could not attribute this to Daesh… there are strong suspicions that they may have used it (chemical weapons),” Uzumcu said.

“Secondly, the suspicions are that they may have produced it themselves, which is extremely worrying,” he pointed out.

He further said “it proves that they have the technology, know-how and also access to the materials which might be used for the production of chemical weapons.”

On April 7, 23 people were killed and over 100 others injured in a chemical attack by Daesh terrorists against members of the Kurdish People’s Protection Units (YPG) in a neighborhood of the northwestern Syrian city of Aleppo.

According to a report by the Syrian-American Medical Society, Daesh has carried out more than 160 attacks involving “poisonous or asphyxiating agents, such as sarin, chlorine, and mustard gas” since the beginning of the Syrian conflict in 2011. At least 1,491 people have been killed in the chemical attacks.