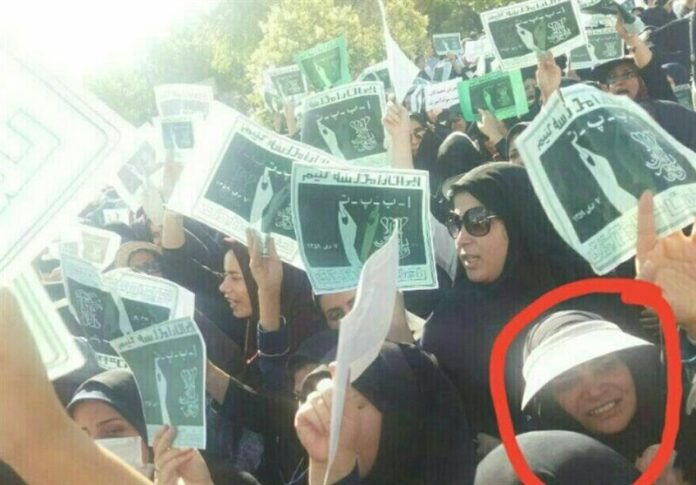 The Wednesday’s terrorist attacks in Iran’s capital, Tehran, can no longer be viewed as a blind murder after investigation revealed that one of the victims of the attacks was a woman teacher who worked hard to eradicate illiteracy in the Iranian rural society.

With tears in eyes, the husband of Haniyeh Akbarian, one of the victims of Tehran terrorist attacks, said, “My wife had come to the parliament with an employment letter at hand. She wanted to talk with the lawmakers on her employment status.”

“We arrived in Tehran on Tuesday and spent the night at my brother-in-law’s home. On Wednesday morning, we went to the parliament. My wife left her purse with me and went in. When entering the parliament, she asked me to wait for her.

“Just two minutes after she stepped inside, there was a shooting. The guards didn’t allow me to get in. They took out her dead body after a while,” he said.

In the terrorist attack on Iran’s parliament on June 7, the hard-working teacher of Literacy Movement Organization of Iran was martyred.

The 38-year-old Haniyeh had worked in the LMO over the past years teaching residents of tens of far-reach villages in Western Iran to read and write.