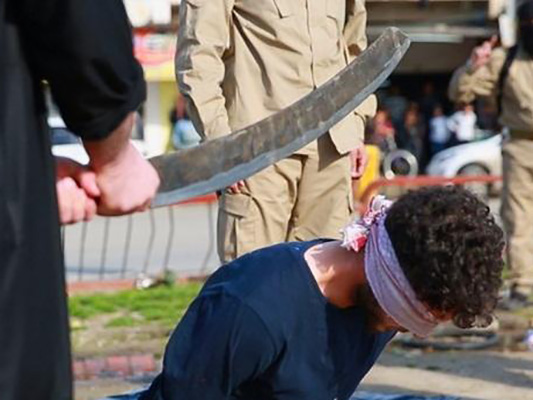 The man who crafted swords for the ISIS terrorist group was beheaded using the sword he himself had made.

According to a Farsi report by Fars News, a local source in Mosul announced that the ISIS terrorists beheaded Abu Hamza Al-Suri, the man who made swords for ISIS elements, on February 13.

Al-Sumaria wrote that the ISIS Islamic Sharia Court sentenced this well-known man to death on charges of treason.

Abu Yahiya Al-Araqi, the man responsible for ISIS’ chemical bombs, was also killed in suspicious circumstances one day before in western Mosul.