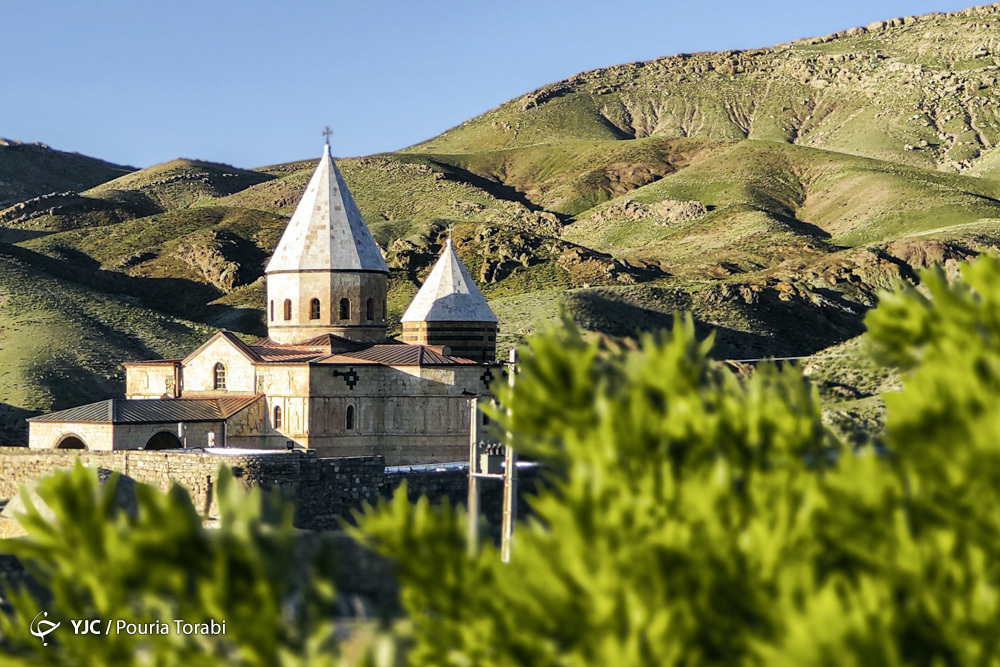 The Monastery of Saint Thaddeus in north-western Iran is considered by some experts to be the oldest church of the Christian world.

Saint Thaddeus Monastery is called “Qara-kelisa” – the black church – by the Azeri-speaking local people; as some parts of its building are black.

Qara-kelisa is located 20 km north-east of Chaldoran, near a village of the same name in the south of Maku, West Azarbaijan province.

Built on the tomb of Saint Thaddeus, its construction dates back to the apostle’s martyrdom according to existing documents.

Apparently, the original building had been made entirely of black stone. After its reconstruction, part of the black stones have been replaced by white ones.

What follows are YJC’s photos of Saint Thaddeus Monastery in north-western Iran: