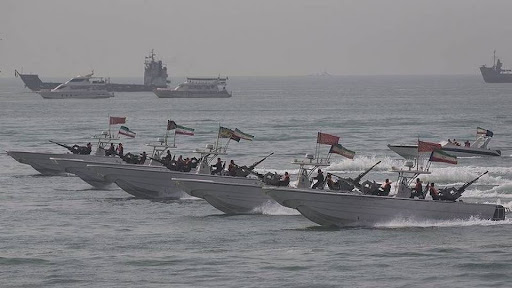 Iran’s Islamic Revolution Guards Corps Navy has released footage of a military drill that proves its interception capability and dominance over US and other foreign forces in the Persian Gulf.

The video also shows how the IRGC Navy’s speedboats closely monitor foreign ships in the Sea of Oman and the Persian Gulf.

The drills are meant to commemorate the bravery of Iranian soldier Mahdavi and his companions who were martyred in 1987 at the hands of US terrorist forces in the region.

The US directly and indirectly helped Iraq’s former Ba’athist regime in the 1980s in its war on Iran.

Iran has held numerous military exercises in the past years to send a strong message to the world that any aggression against the Islamic Republic will have dire consequences for the aggressors.