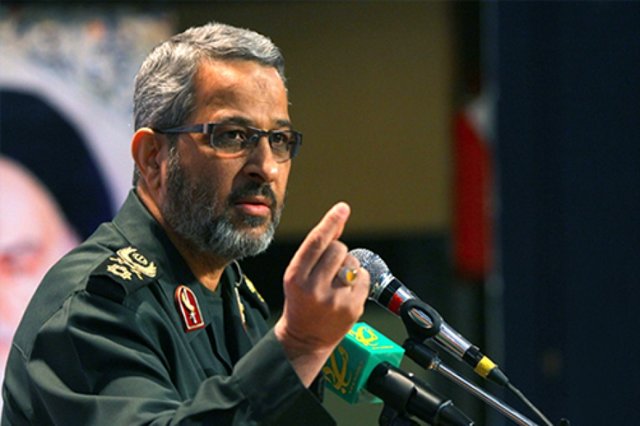 A senior adviser to commander of the Islamic Revolution Guards Corps (IRGC) has chided Iranian Foreign Minister Mohammad Javad Zarif for an unexpected visit to France, where the G7 summit was underway, voicing concern that such visits may spell frustration.

In comments at a Monday congress in Tehran, Brigadier General Gholam-Hossein Gheibparvar expressed the hope that such foreign visits by Iranian officials have not been made out of frustration.

The top adviser said he did not make any judgment about the foreign minister’s short visit to France and the G7 summit, but wished that such visits do not result from a sense of “frustration or lack of self-esteem”.

“God forbid that the knees of our officials would be shaking,” the general added.

Highlighting the international admiration for Iran and its position, Gheibparvar said no country has dared to criticize the US, but the Iranian forces shot down an American drone courageously.

His comments came a day after Zarif made an unexpected arrival in Biarritz, where the G7 summit was taking place, and met with French President Emmanuel Macron on Sunday.

In an article published on Monday, Iranian conservative newspaper Kayhan took a swipe at Zarif for the “inept visit” to France, warning that the West is only seeking to mount pressures on Iran.

In a speech on Monday morning, Iranian President Hassan Rouhani suggested that he would meet even his American counterpart Donald Trump if such talks would secure Iran’s interests.

“If I know my country’s problem will be resolved in case I meet someone at a meeting, I’d definitely do it, because the country’s national interests come first,” Rouhani said.