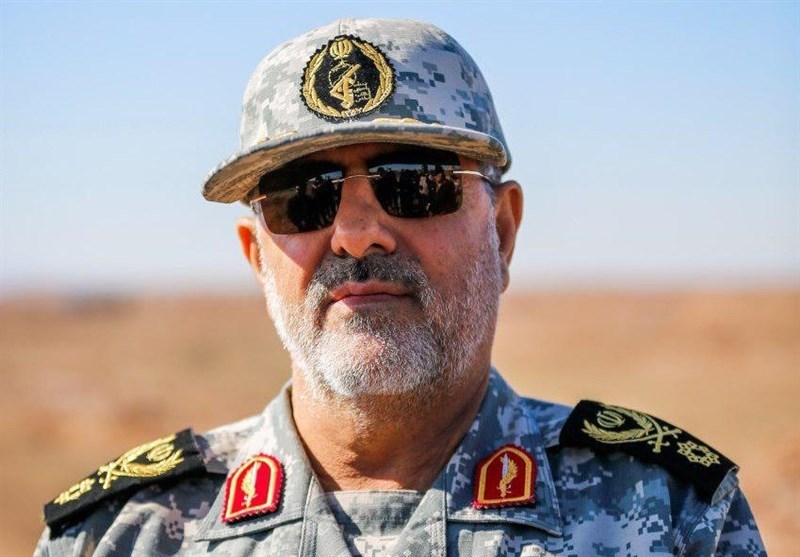 TEHRAN (Tasnim) – The commander of the Islamic Revolution Guards Corps (IRGC) Ground Force dismissed the groundless claim made by Turkish officials that the PKK terrorists are on Iranian soil near the common border.

Speaking to reporters on the sidelines of a visit to military bases in northwestern Iran on Saturday, Brigadier General Mohammad Pakpour denied as “irresponsible and baseless” the allegations made by a Turkish official that the PKK elements are on Iranian soil.

A few days ago, Interior Minister of Turkey Suleyman Soylu had claimed that there are around 100 “terrorists” in Iran’s Dambat, near Turkey, which “constitutes a real danger.”

In response, the IRGC general said, “There is very good and fruitful interaction between the armed forces of the Islamic Republic of Iran and Turkey along the common border. Thus, the officials of the friendly and neighbor state of Turkey are expected to make contacts with the Islamic Republic of Iran through official channels after verifying the authenticity of an incident and before making any media comment about border incidents, and to pursue such issues according to the arranged mechanisms.”

The commander also said that the IRGC Ground Force is in charge of security in Iran’s northwestern areas, is vigorously present along the border with full preparedness, and is closely and constantly monitoring the situation across the border regions.

The presence of terrorist elements is among the red lines of Iran, Pakpour stressed, adding, “However, we understand that the recent operations by small (terrorists) groups on the Turkish soil have mounted pressure on the Turkish officials and have forced them to raise such a claim.”