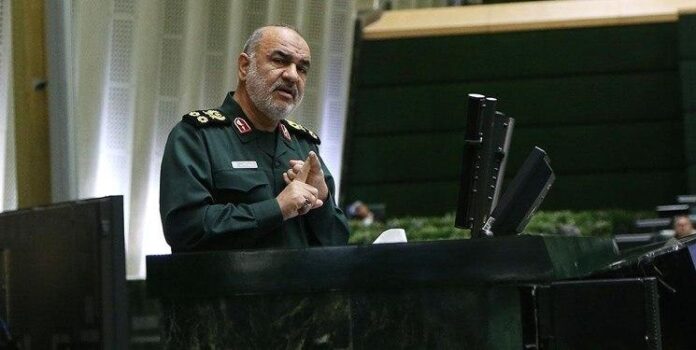 A senior Iranian military official has appeared in the country’s parliament to brief lawmakers on the accidental shoot-down of a Ukrainian plane which crashed near Tehran last Wednesday.

At the Parliament, Major General Hossein Salami, the commander of Iran’s Islamic Revolution Guards Corps (IRGC), said he wished he was one of the passengers of the doomed flight and died with them instead of appearing embarrassed in front of the nation today.

“We’re more upset than anyone over this incident; we never thought we would do something that harms the people,” he added.

According to Parliament Speaker Ali Larijani, the top IRGC commander briefed the lawmakers on Iran’s missile attack on a US base [in Iraq] as well as the tragic plane crash incident which touched the hearts of all Iranian people.

“He gave explanations about preparedness to counter the United States as well as the quality of the fait accompli which resulted in the crash of the Ukrainian plane, and we hope measures will be taken to prevent a repeat of such incidents,” Larijani said.

He also called on the head of the Parliament’s National Security Commission to follow up on the crash of the Ukrainian plane.

“The commission should follow up the issue to establish how the incident happened and prevent a repeat of similar incidents,” he said.

The Ukrainian airplane crashed shortly after takeoff near Tehran last Wednesday, killing all 176 people on board.

Iran has admitted that its air defence system shot down the aircraft by mistake.