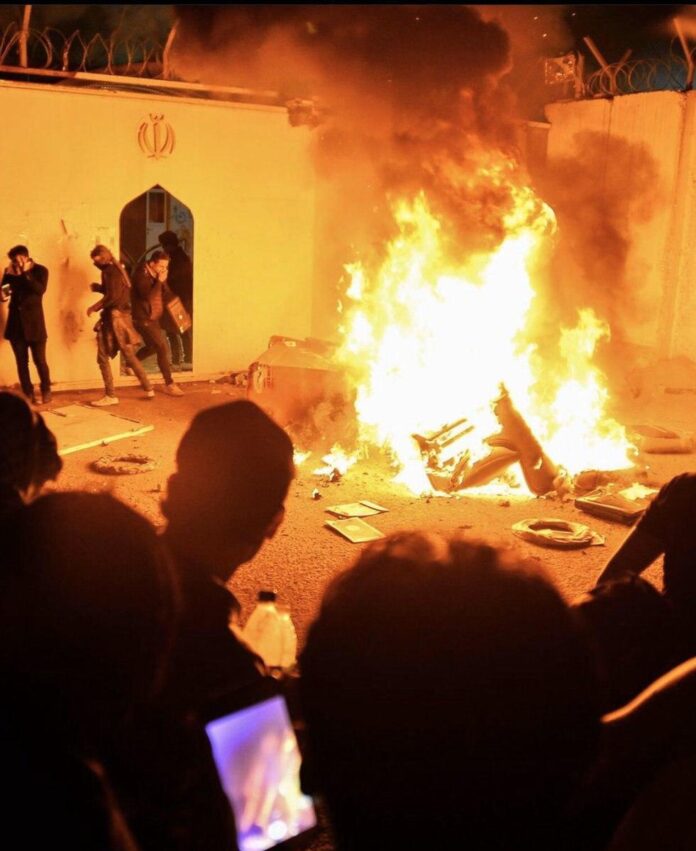 The Iraqi police has declared curfew in the holy city of Najaf after rioters stormed the Iranian Consulate and set it on fire.

The assailants who swarmed the building Wednesday evening had already attacked offices of parties and political groups as well as government institutions in Iraq.

Clashes erupted between rioters and riot police deployed to the scene to protect the Iranian Consulate, report Iraqi media.

Some reports released in recent weeks suggest the rioters had received considerable amounts of money from some Persian Gulf Arab countries. They had already attempted to attack Iranian consulates in the Iraqi cities of Karbala and Basra.

Security officials in Najaf Governorate say a curfew has been put in place in the city of Najaf until further notice. The Najaf governor has also ordered all government offices in the city to remain closed for Thursday.

The staff of the Iranian consulate had been evacuated under heavy police protection just before the incident.