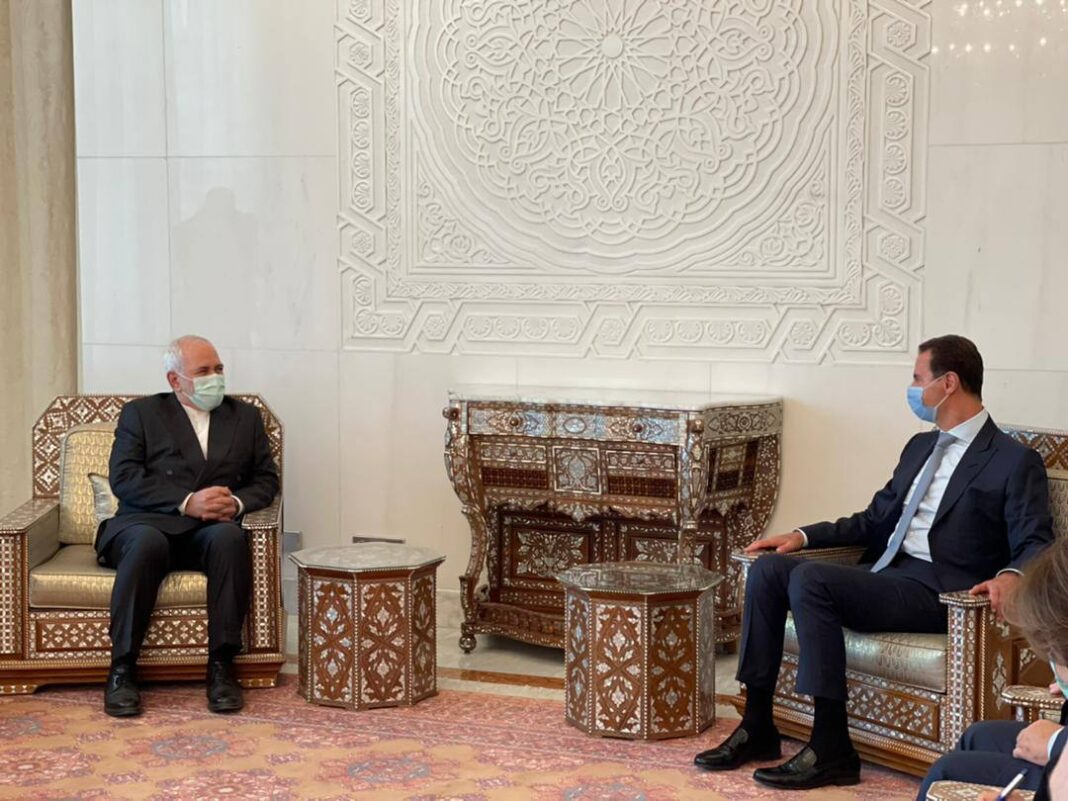 In the Wednesday meeting, the Iranian Foreign Minister expressed pleasure with the Syrian government’s measures to hold its presidential votes, and hoped that the elections are held successfully. He also reiterated Iran’s support for the Syrian elections.

Foreign Minister Zarif further condemned the Zionist regime’s crimes in the occupied territories against the innocent people of Palestine, and underlined the necessity for international organisations, including the Organisation of Islamic Cooperation (OIC), to pursue the rights of the people of Palestine and the Holy Quds.

He also stressed the role that can be played in this regard by pioneering countries behind the Axis of Resistance.

Issues in bilateral relations, especially collaborations in the economic and cultural fields, and following up on the opening of Iran’s consulate-general in Syria’s Aleppo and subsequently in Latakia were among other topics raised by the Iranian top diplomat.

Zarif also briefed President Assad on the latest developments pertaining to the Vienna talks as well as Iran’s regional moves regarding other countries of the region.

The Syrian president, in turn, expressed pleasure with Iran’s support for Syria in its fight against ISIS, and highlighted the importance of Zarif’s trip to Syria ahead of the country’s presidential elections and considering the current situation the occupied territories.

He also elaborated on his country’s viewpoints about the issues discussed in the meeting.