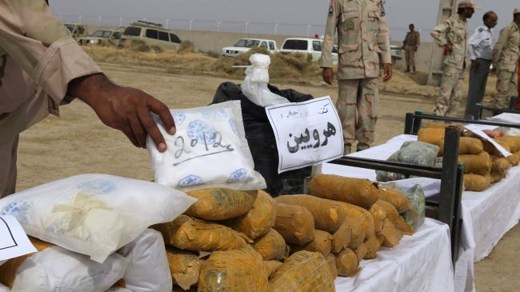 Secretary-General of Iran’s Anti-Narcotics Headquarters has highlighted the country’s effective battle with drug trafficking, saying such genuine efforts have saved the lives of youth all over the world, regardless of their nationality.

Addressing an online conference held on the occasion of the Anti-Narcotics Week on Tuesday, Eskandar Momeni said Iran makes no distinction between the youth across the globe when it comes to the war on drugs, a clear sign of which is that the Islamic Republic has blocked the transit of narcotics to the European countries.

He also noted that the Iranian Police has obliterated a consignment of the drugs seized from smugglers in a symbolic gesture on Tuesday, saying the bulk of the illicit drugs had been destined for the foreign countries.

Highlighting Iran’s great achievements in the fight against drugs, Momeni said a 2020 report from the United Nations states that 90% of the total opium, 26% of heroin, and 48% of the morphine seized across the world have been captured by Iran.

The official further said the Islamic Republic’s war on drugs has so far resulted in the martyrdom of more than 4,000 servicemen and has left more than 12,000 forces handicapped.

According to Momeni, Iran has seized more than 950 tonnes of drugs in the previous Iranian year, showing a 21% rise compared to a year before.

Iran is at the forefront of the fight against narcotics, so that all countries are expected to assist the Islamic Republic in this war, since collective cooperation would benefit themselves, he stated.

Momeni finally highlighted Iran’s interaction with the neighboring states and close cooperation with the United Nations Office on Drugs and Crime, expressing hope for the promotion of cooperation in the months to come.

Despite high economic and human costs, the Islamic Republic has been actively fighting drug trafficking over the past decades.