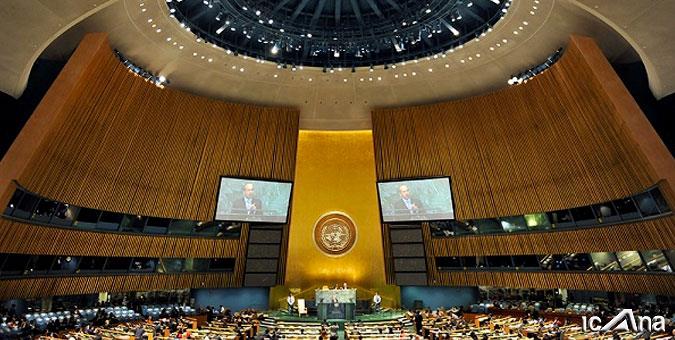 The Central Bank of Iran (CBI) has paid the country's overdue UN membership fee for over $16 million, restoring the country's right to vote at the UN.

“The Iranian government’s UN contribution and membership fee for more than $16 million has been paid by the CBI,” announced the bank’s Public Relations Office.

The amount was appropriated from Iran’s seized assets in South Korea.

This comes as Iranian Foreign Minister Mohammad Javad Zarif had earlier slammed the United Nations’ decision to strip Tehran of its right to vote in the 193-member UN General Assembly due to arrears, saying the move showed the UN had ignored the fact that Washington’s sanctions prevented Iran from paying even for food.

“In ‘black is white’ world, UN deprived Iran of its voting rights in the UNGA as we’re in arrears,” Zarif had tweeted days ago.

Also in a previous letter, Zarif had conveyed Iran’s “strong dismay” over Guterres’ announcement, saying the decision was “fundamentally flawed, entirely unacceptable and completely unjustified” because of the US’ illegal sanctions on Iran.