Iran’s Views Converging with Those of France: Spokesman 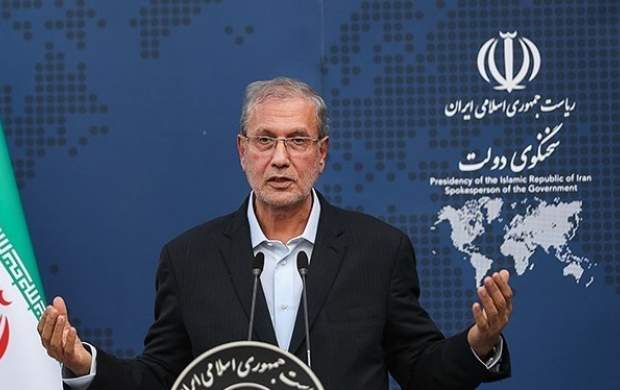 Iranian Government Spokesman Ali Rabiei says the country’s views regarding ways to save the 2015 nuclear deal have been converging with those of France after several rounds of talks between Tehran and Paris over the past few weeks.

“In the past few weeks, there have been serious negotiations” between Iranian President Hassan Rouhani and his French counterpart Emmanuel Macron, as well as talks with other European nations, said Rabiei in a press conference on Monday.

“Fortunately, in many areas, our views have come closer together,” he added.

The comments come as an Iranian delegation, headed by Deputy Foreign Ministry for Political Affairs Seyyed Abbas Araqchi, is currently in Paris to discuss Macron’s offer to save the JCPOA.

A team of experts from the Central Bank of Iran and the Oil Ministry is accompanying Araqchi in order to discuss ways to secure Iran’s oil exports and its ability to collect the revenues, which are a prerequisite for Iran to stop reducing its commitments under the 2015 accord.

Iran has given Europe until Thursday to meet its demands. Otherwise, the country will go ahead with the third phase of reducing its commitments under a deal, from which the US withdrew last year.

Rabiei also warned that the country will “take a strong step” away from the JCPOA if Europe cannot offer the country new terms by the Thursday deadline.

He described Iran’s strategy as “commitment for commitment”.

“Iran’s oil should be bought and its money should be accessible to return to Iran,” Rabiei said. “This is the agenda of our talks.”

Rouhani earlier played down the likelihood of a meeting, saying the Americans first needed to lift all sanctions against Iran.

However, the government spokesman hinted on Monday that such a meeting could still happen if it suited Iran’s interests.

“The president (Rouhani) still holds the same position that because of national interests, if he’s sure that meeting someone will help our people, he will not hold back,” Rabiei said.

The situation has calmed down somewhat since, with Macron expressing hopes during a G7 summit in late August of organising a meeting between Rouhani and Trump.

Nevertheless, Rabiei has cautioned that “there is no reason for the president to meet an agitator and an economic terrorist in the current situation.”