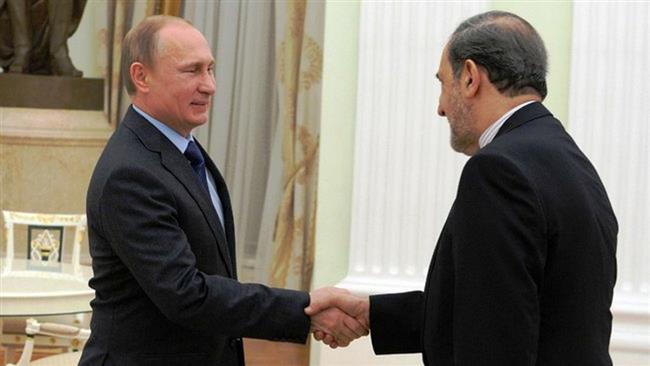 President Rouhani's special envoy has handed over his message to President Putin, and discussed Iran’s status at the Shanghai Cooperation Organization with Russian officials.

Velayati, an advisor to the Leader of the Islamic Revolution Ayatollah Seyyed Ali Khamenei, gave Rouhani’s message to the Russian president in Moscow on Wednesday, IRNA reported.

The two sides agreed on efforts for the promotion of Iran’s status at the Shanghai Cooperation Organization (SCO), according to the Iranian embassy in the Russian capital.

The meeting, which lasted more than an hour, also focused on bilateral political and economic ties as well as Tehran’s nuclear talks with the Sextet of world powers.

Iran, which received observer status at the SCO in 2005, eyes the body’s upcoming meeting in the Republic of Bashkortostan next summer, where new membership will be discussed.

Iran-SCO ties have been on the rise since President Rouhani’s first international trip to the 2013 SCO summit in Kyrgyz capital Bishkek and a 2014 one in Dushanbe, the capital of Tajikistan.

Tehran, however, argues that the program is totally peaceful and is currently engaged in negotiations with P5+1 (China, Russia, France, Britain, and the US – plus Germany) in an effort to reach a high-level political agreement by March 1 and to confirm the full technical details of the accord by July 1.