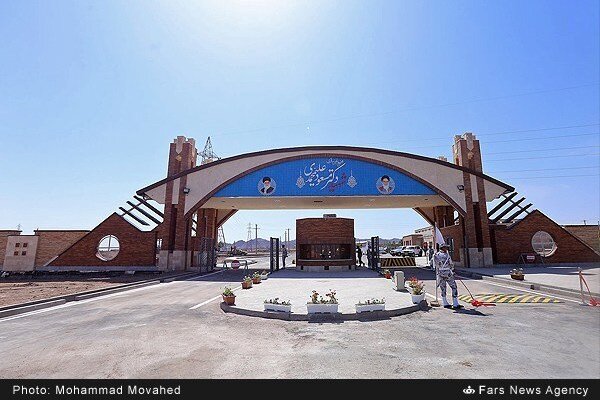 Iran’s latest step under its commitments stipulated in the Iran nuclear deal, officially known as the Joint Comprehensive Plan of Action (JCPOA), was to inject the uranium hexafluoride (UF6) gas into IR-2M centrifuges, which was discussed at a seasonal meeting of the Board of Governors of the International Atomic Energy Agency (IAEA).

Afterwards, the European Troika (France, Britain and Germany) once again issued a statement against Iran and accused Tehran of breaching the JCPOA.

Meanwhile, referring to the IAEA’s recent reports, US President Donald Trump called for an attack against Iran, an irrational demand which was met with opposition.

In an interview the Islamic Republic News Agency (IRNA), Gharibabadi has weighed on these developments as well as other relevant issues.

Gharibabadi said Tehran adopts its positions on the IAEA and safeguards issues at the seasonal meetings of the IAEA’s Board of Directors based on three criteria: reports by the IAEA’s director general, the status of the implementation of the obligations of the other signatories to the nuclear deal, and countries’ stances at the Board meeting.

“As the topic of discussions at the meeting is Iran, we generally elaborate on our stances as the last speaker, so that we would be able to show the necessary reaction to the issues brought up by countries present at the meeting,” he said.

At the meeting, Gharibabadi said, the three European countries expressed regret over the United States’ withdrawal from the JCPOA and the reimposition of sanctions against Iran.

“They also presented a long list of criticisms and concerns about Iran’s scaling down its JCPOA commitments, calling on Iran to return to the full implementation of its obligations,” Gharibabadi noted.

He said the serious challenges facing the JCPOA include Washington’s unilateral and illegal pullout from the deal, the reimpostion of sanctions and Europe’s inaction to compensate for this situation.

“This comes as Iran remained fully and effectively committed to all its obligations for one year after the US withdrew from the agreement,” he said.

Gharibabadi slammed the Europeans for simply expressing regret over Washington’s pullout but taking no action.

“And when it comes to Iran, they voice serious concern over Iran’s reciprocal measures which are in keeping with the IAEA’s provisions,” he noted.

Gharibabdi said the Europeans have, over the past two and a half years, failed to take any special action to make good on their obligations with regards to the lifting of sanctions and peaceful nuclear cooperation with Iran.

He said Iran needs to see the “effects of the lifting of sanctions in practice.”

“As for the Instrument in Support of Trade Exchanges (INSTEX), the Europeans know themselves that it was not an effective tool,” he noted.

“So, the Europeans as well as member states of the IAEA and its Board of Governors should be reminded of these realities, which is, of course, always being done at different levels and on different occasions,” he said.

Gharibabadi said if the Europeans want Iran to reverse its reciprocal moves, they should live up to their commitments under the JCPOA and work towards lifting sanctions.

He said the injection of the uranium hexafluoride (UF6) gas is the last step the be taken before the start of the enrichment process and the separation of uranium 238 from uranium 235.

“Accordingly, in addition to first-generation centrifuges, a cascade of 174 new IR-2M centrifuges will be enriching uranium at Natanz nuclear facility,” he added.

“The three European countries had announced their stances on the development of new machines before,” he said.

“In response, we have kept telling them that Iran cannot return to the commitments that it has scaled down as long as it has not reaped the benefits of the JCPOA with the lifting of sanctions,” he said.

Gharibabdi said it is neither logical, nor practical for Iran to implement the JCPOA unilaterally and at its own cost.

Meanwhile, he underscored that Iran remains committed to the IAEA’s safeguards agreements.

“Even if commitments under the JCPOA and the Additional protocol, which is being implemented thereto and on a voluntary and temporary basis, are scaled down in certain cases, safeguards agreements are still complied with,” he said.

“In this special case, i.e., Iran’s injection of gas into centrifuges, the IAEA should be informed in advance as stipulated in the agency’s Comprehensive Safeguards Agreement,” he noted.

“Such issues are mostly psychological warfare,” he said.

“Iran does not welcome conflict and will not initiate any war, either. But Iran knows well how to defend itself and its interests,” he said.

“The US knows if it makes any wrong move, Iran will show a very strong reaction,” he said.

He noted some have kicked up a fuss, claiming that Iran’s uranium reserves are twelve times as much as what is allowed under the JCPOA.

“They are worried over this proliferation concern, as they put it,” he said.

“If the US was worried about Iran’s moves, why did its pull out of the JCPOA?” Gharibabadi asked rhetorically.

He made it clear the US cannot withdraw from the nuclear deal and, at the same time, expect Iran to remain committed to its obligations.

“Before the JCPOA was signed, Iran possessed around 36 times as much uranium as is allowed under the JCPOA, but it never deviated from its peaceful activities,” he said.

He noted the United States itself is in possession of thousands of nuclear warheads, has proliferated nukes, used nuclear weapons against innocent Japanese people, and is a supporter of the Israeli regime, which is not a signatory to the Nuclear Non-Proliferation Treaty (NPT) and has developed different types of weapons of mass destruction (WMDs).

Hence, he added, is really ludicrous that a country like the US expresses concern over the activities of Iran which remains fully committed to its obligations and whose non-diversion in its nuclear program has been corroborated by the IAEA’s reports.